Blog
You are here: Home1 / Blog2 / Zinc – How it can improve your health

Zinc is an essential mineral whose deficiency can be seen in your diet and your body’s daily functions and behavior. This mineral is present as an ingredient of more than 200 enzymes in the human body. Cells need zinc for replication to regenerate the organism and for many other purposes related to microcellular processes and their uninterrupted functioning.

Zinc (lat. zincum) is a chemical element with the symbol Zn and atomic number 30. Zinc is considered a transition metal 12. groups, but among them, he occupies a special

Zinc plays a significant role in the body’s defense system

It is of fundamental importance for creating white blood cells that are the carrier of the body’s immune and defense system. Scientific teams of researchers have determined that the intake of zinc as a supplement reduces the impact of cold on the body and, at the same time, the occurrence of many diseases due to cold. Additional research results show that zinc can reduce pneumonia in children under 5 years of age. You can read more information about the immune system in the text Immune system and the body’s defenses.

An amazing remedy for acne and pimples

Zinc reduces swelling on the skin that has been found to be caused by hormonal disproportions in the body. Daily zinc intake reduces acne, pimples and skin ulcers.

Zinc is essential for skin health

The accumulation of large amounts of free radicals in the body often causes many human health problems. If free radicals are not adequately removed from the body, they lead to very early aging, cardiovascular problems, skin problems such as stretch marks, dermatitis, dandruff, psoriasis, eczema, vitiligo, white marks under the nails, etc. Antioxidants from zinc serve to regulate free radicals, and with their help, this element solves many of the above-mentioned skin problems, in the absence of sufficient zinc, the skin cracks and wounds form.

Women who want to stay pregnant need to take zinc because of its ability to regulate and return hormones to normal limits and values, which is of primary importance during their reproductive system and fertility.

Increases testosterone levels in the blood

A sufficient amount of zinc in the body helps increase the level of testosterone in the body, which is vital in the sexual life of every man.

It has a preventive effect on hair loss, fertility problems, and lack of sexual desire in men. Zinc also affects and inhibits the female hormone’s development in the male body.

Increases the concentration and activity of sperm in men

According to modern research studies, in men who have reduced zinc levels, depression of sperm values is pronounced, while in those who have sufficient concentrations, exceptional activity and quantity of sperm have been established, as well as very pronounced potency. Men can increase the value of sperm by daily intake of 50 mg of zinc. Inactive sperm can use zinc as a dietary supplement to solve this problem.

Zinc significantly reduces the chances of prostate enlargement and malignancy. Disorders such as prostatitis (inflammation of the prostate), prostate malignancy, and other disorders related to male infertility are sure indications of zinc mismatch in the body. Erectile dysfunction is also involved in these disorders due to the disproportion of certain male hormones, such as deficient testosterone levels.

The eyes and eyes need huge amounts of zinc to function normally. The eye’s retina is rich in zinc and one of the tissues in the body that relies most on zinc.

Zinc supplements stimulate the sense of sight and correct some problems caused by its deficiency. Researchers have proven that visual impairment of moderate macular degeneration can be treated by increased zinc intake in the body.

Zinc is among the three most important ingredients for blood sugar levels (the other two are chromium and niacin). In combination with insulin, these three are agents for glucose factor tolerance. Zinc represents a brake on blood sugar levels. People with diabetes suffer from zinc deficiency in the body. In case of zinc deficiency, it is necessary to take about 150 mg of zinc every day to return this element to normal.

Zinc affects the processes in the brain and repairs many damages in it. Simultaneously, it has a preventive effect against stroke, Alzheimer’s disease, and other similar disorders and diseases.

Zinc, together with calcium and magnesium, acts as a cocktail of calming elements on the body, and these three elements interfere with unnecessary brain activities. This cocktail also has a hypnotic effect on neurotransmitters. Zinc positively affects the intellectual work of men and women. Zinc directly affects the regeneration of fibers in the brain.

Zinc affects the assimilation of calcium in teeth and bones.

By the recommended dietary intake of this compound, the proposed daily dose of zinc is regulated by the person’s age.

For babies from 0 to 6 months, an intake of 2 mg of zinc per day is suggested.

For babies from 7 months to 3 years of age, an intake of 3 mg of zinc per day is suggested.

For children from 4 years to 8 years of age, the intake of 5 mg of zinc per day is recommended.

For children aged 9 to 13, an intake of 8 mg of zinc per day is recommended.

A daily zinc intake of 11 mg for men and 8 mg for women is recommended for people over 14 years of age. Higher concentrations of zinc are regulated for women who are pregnant.

Since zinc is lost during grinding and also during the preparation of food such as cooking and baking, it is very likely that at some point, there may be a deficiency of this mineral in our body.
Regardless of taking a balanced and regulated diet, if you use therapeutic prescriptions, the use of zinc as a supplement in your daily diet is definitely included.
Its use also lies in the property of many drugs to reduce the level of zinc in the body. Please consult your doctor before using any zinc dosage and its use and before use. 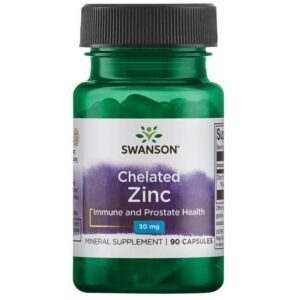 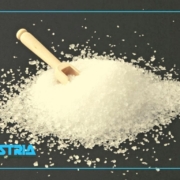 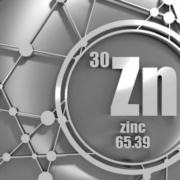 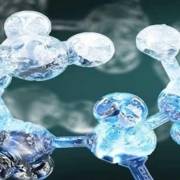 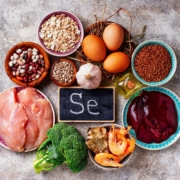 Selenium in the fight against malignancy 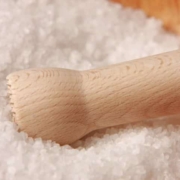