You are here: Home1 / Blog2 / Research3 / Chronic diseases4 / Willow and salicin are a natural solution for rheumatic fever
Ocenite post

In 1764. Edmund Stone, the vicar of Chipping Norton, a small town in northern Oxfordshire, concluded that the common white willow tree’s bark could be a cure for rheumatic fever.
“About six years ago, I accidentally tried it and was surprised by its bitterness, which immediately made me suspect that it has the properties of Peruvian bark. As this tree enjoys moist soil where various diseases predominate, it is assumed that there are many natural diseases they also carry the medicine with them or that their medicines lie not far from their samples. “

In a report published in a magazine, Stone reported that he had treated 50 cases of willow fever in previous years, “which never succeeded in healing except in a few cases.”

Edmund Stone’s experience was not mentioned when, more than a hundred years later, Thomas Maclagan, a doctor from Scotland, reported salicin’s use to treat the symptoms of rheumatic fever. His reasoning was remarkably similar to Stones.

“Rheumatic fever is today considered to be caused by some cause created in the body. My own research of his pathology forced me to reject this view and adopt the old view of his way of origin, according to which the cause that causes the disease is introduced into the organism from the outside.

Holding this opinion about pathology rheumatic fever, impressed by the points of similarity between it and occasional fever, and bearing in mind that we have a powerful drug in quinine, it seemed to be a good reason to give in in the hope of discovering a drug that could work similarly if not equally beneficially—rheumatic fever.

When Maclagan proposed the use of salicin in rheumatic fever, it stopped being used and was even rejected from the British Pharmacopoeia. We now know that it was a serious mistake to ask how salicylic was abandoned. Maclagan Report of 1876. yr. o Eight cases of rheumatic fever treated with salicin are an example of treatment with effects so dramatically that carefully controlled research is unnecessary to conclude that they exist. As Maclagan writes, “the sudden cessation of painful symptoms and the accidental rapid drop in pulse and temperature that followed immediately after the application of salicin make it impossible not to attribute its use to it.”

Dr. Lancet’s next report suggested that Maclagan followed the practice and confirmed the results of German doctors Reiss and Stricker, who evaluated the effect of salicylic acid on rheumatic fever. This prompted Maclagan to notice that his work was about salicin, not salicylic acid. The results he obtained using salicin were so remarkable that he hesitated to publish them until a sufficient number of cases gave them certainty. He then suggested that salicin had an advantage over salicylic acid and claimed that those who tried both drugs would not be able to find that salicin was better than the two of them.

These arguments among Europeans are in perspective three months later when Maclagan rewrote the Lancet, reproducing and commenting on a letter prompted by an original report sent to him from South Africa. April 1876 Frederick Ensor, a surgeon at the Provincial Hospital in Port Elizabeth, wrote the following: Dear Sir, I saw with great interest your work in the Lancet on the treatment of rheumatism with salicin and thought that the following story might be welcome.

The story of willow shoots and the treatment of rheumatic fever

1861 I was a district physician in Hope Town on the banks of the Orange River not far from the celebrated diamond field. The city is located on a high plateau of South Africa, and the country is occupied by a race of nomadic Boers, who live in wagons or tents traveling from place to place where there is rain or occasional thunderstorms. When those amenities dry up, farmers must establish residences on the river bank.

The summer temperature is very high, and the atmosphere’s dryness is so great that surgical instruments or weapons never rust. Winter with clear sun and cold temperature are the happiest. On one occasion, however, he sent me to visit a Dutch Boer’s wife who was said to be very ill. I discovered that my patient of the usual Dutch build, lying on a camp bed in a small tent with his arms and legs tied, could tell that each wrist looked like a severe attack of rheumatic fever like I had ever seen. She was sweating a lot. The time that passed erased the memory of my pulse, temperature, and heart complications. I prescribed the usual alkaline mixture and left.

After two months, my former patient went in for surgery, looking extremely well, very well, and I congratulated myself and her for recovering so successfully. Asking what helped her, she said that old Hottentot prepared willow shoots that grew on the riverbank and took this therapy after a few days.

Your work in The Lancet magazine reminded me of a picture of a strong Dutch woman. I later learned that willow is a favorite remedy against fever and what Boeri and the local Hottentots call submerged bark or rheumatic fever.

Commenting on the information he received from South Africa, Maclagan wrote:

If what has already been published about the efficacy of salicin as a cure for acute rheumatism is confirmed by wider experience, it will create a curious commentary on our civilization and advances in medical science, that one of the most common and painful diseases of the civilized world should remain one of the appropriations of medicine. For many years after the cure, it was known to the obscene Hottentot of South Africa. Equally, the reach of both was ever a means of stopping the disease, but Pastor Hottentot used the appropriate means. Simultaneously, a top doctor tried another drug with such unsatisfactory effect that he almost gave up the idea that he would ever see the disease’s natural progression more than ever.

I hope to get more detailed information about Hottentot’s practice.

It appears that Maclagan did not continue the Hottentot practice. In fact, a quarter of a century later, a few years before his death, he still felt the need to defend his priority in the use of salicin in the treatment of acute rheumatism. He wrote: My observations on treating acute rheumatism with saline and German observations on its treatment with soda salicylate were independent and modern. If there is a priority, I claim it for my cases from 1874, which were undoubtedly the first cases of acute rheumatism treated with any salicylic compound.

Probably these civilized Europeans found it difficult to accept the possibility that the humiliated Hottentot inhabitants of Cape of Good Hope, who was thought to have been the first to discover an effective treatment for the symptoms of acute rheumatic fever at the bottom of the Great Chain of Beings. 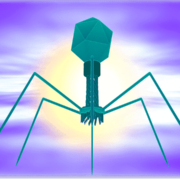 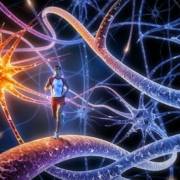 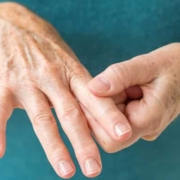 Rheumatoid arthritis is an autoimmune disease 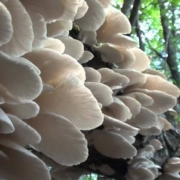 Beta glucan is best for the immune system 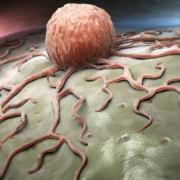 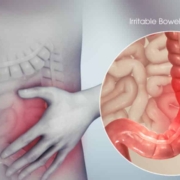