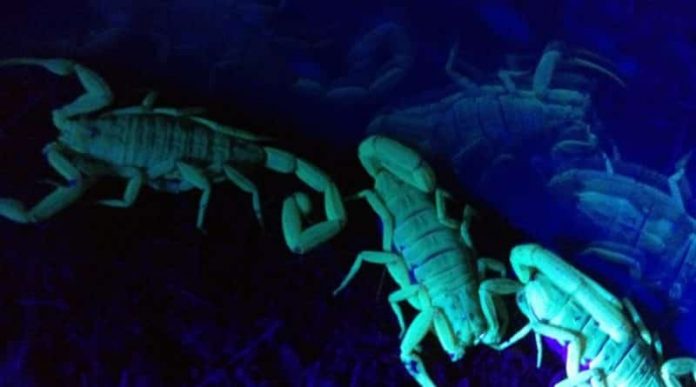 Sadržaj teksta hide
1 How to win cancer
2 Alternative methods treatment
3 What is Vidatox?
4 With farms in the lab
5 Clinical testing Vidatox
6 Production vidatox drops
7 Brand
8 Application and treatment
9 Improvement conditions
10 Difference in preparations
11 Dangers of inadequate treatment with Vidatox drops
12 Frequently Asked Questions
12.1 1. What are the advantages of using Vidatox?
12.2 2. Why doesn’t my doctor advise and recommend Vidatox?
12.3 3. Is Vidatox safe to use?
12.4 4. Can Vidatox be taken in combination with traditional therapies (radiation, hormones, chemotherapy)?
12.5 Essiac tea

“It hurts for a while when I put scorpion venom, but the pain stops after a while,” says Gasanas.

To beat cancer, a miracle needs to happen. World Health Organization announced that the mortality rate is increasing from year to year. Although the pharmacy has invested billions of dollars in research, a cure for cancer has not yet been found. It is predicted that by 2035, the number of people suffering from some form of malignancy will double.

With the use of natural alternative preparations, many patients who have suffered from some form of malignancy have had good results. The discovery of Vidatox drops of the traditional medicine obtained from the poison of the blue scorpion made a major breakthrough in the treatment of malignancy.  This preparation has anti-carcinogenic properties, which we will write about in the following text.

Vidatox drops are a drug consisting of five protein peptides derived from the venom of the blue scorpion (Rodhalorus junceus). vidatox drops are produced in Cuba. This medicine contains the following properties, it reduces pain, and has anti-inflammatory properties. Vidatox has anti-cancer effects on more than 15 different forms of malignancy.

With in the lab

In the Cuban city of Cienfuegos, workers trained in a special uniform treat over 6,000 scorpion rodhalorus junceus and take its venom. Every few days they feed these scorpions and give them liquid.

once a month, they connect the scorpion’s sting to 18V, thus stimulating and collecting venom.

This poison is dissolved in distilled water and thus a homeopathic product is obtained that is used all over the world.

These scorpions are caught in the wild and after two years of exploitation of their venom they are released back into the wild.

By adding small amounts of alcohol, scorpion venom proteins are stored in the preparation. In this way, the finished product Vidatox 30 CH is obtained, which is distributed further around the world.

After 15 years of testing, in October 2010, it was used on more than 10,000 patients who had different types of malignancies. Of that number, 3,500 were not residents of Cuba, to prove that the impact on the quality of life and the climate in which people live during the action of this medicine is not exclusive.

Labiofam, a Cuban research laboratory and manufacturer of vidatox drops, has successfully distributed this preparation. Vidtox is sold both in Cuba and to the general population all over the planet. The promoted preparation of Vidatox drops, with the content of peacock scorpion protein, represents the long-term work of the Cuban naturalist, Michael Bordier.

Vidatox drops were produced from 5,000 individuals from the Rhopalurus junceus family living in eastern Cuba. According to the manufacturer’s confirmation, vidatox goes well with other anti-cancer drugs. This medicine. there are no contraindications. It should be noted that there are 32 types of Rhopalurus junceus scorpions in Cuba, which are also used to treat various other forms of the disease.

30 CH VIDATOX ® is the name of a brand derived from the venom of the blue scorpion and which affects the various symptoms caused by the presence of cancer Vidatox affects the reduction of pain in patients in whom the cancer has a significant progression. The obtained product was created by research first on animals and then on humans for 15 years. This preparation has shown very enviable results, perhaps the best compared to many other natural preparations and medicines obtained from natural  compounds.

Vidatox drops  in the initial stages, 174 patients of both sexes who had different forms of malignancy were subjected by application under the tongue in a period of 3 years. After 3 years of research, the best progress was shown in  cancer of the lungs, colon, breast, prostate and pancreas.

It was also found that in 96% of cases, life was extended by 12 months or more in patients in whom classical medicine was no longer successful and who were predicted to die soon.

In 90% of cases, the clinical symptoms established during the consultation recovered, and 62% of them lost the preliminary pain, which turned into a trivial form that does not require the use of strong sedatives. About 27% of patients stated that they no longer felt pain. These characteristics of Vidatox greatly improved the quality of life of all examined patients.

In a large number of patients, as we can see, the complete condition has improved, not only in terms of relieving pain and discomfort. Also, there has been progress in the form of increased desire for food and improvement of the overall health picture. In a large number of people, the function of the parts of the body where the malignancy is located has improved, there has been a decrease in cough, an increase in body weight and an improvement in mood.

Vidatox drops help prolong the life of patients suffering from malignancy. Vidatox drops improve performance immune system , reduce pain and in many cases reduce the size of malignant growths. We take this into account in malignant growths on the pancreas, bone marrow, prostate, lungs and other organs.

It should be noted that vidatox drops improve the quality of life, strengthen the urge to survive and reduce the development of various forms of tumors. For this reason, they should be used in any form of malignancy as a standard cure for cancer.

There are colors of Vidatox drops here, and it is a blue color preparation and a brown or brown color preparation. A lot of people are wondering what the real difference is. There is no difference in the composition, the drops that are produced for Cubans and that they get on a prescription prescribed by their doctor are blue and can be bought exclusively by Cubans and they are purchased at a very low price exclusively in Cuba.

Vidatox brown drops can also be bought in Cuba, but they are intended for foreigners who do not get them on prescription and can buy them in pharmacies in Cuba. The price of these drops is significantly higher compared to the blue vidatox drops because they are covered by the funds of the health system of Cuba and can only be bought by Cubans.

A large number of people in the Balkans who fall from some type of cancer or someone to family members try to get this homeopathic preparation, Vidatox drops. It should be noted that this remedy is treated as a medicine and that its sale is not allowed in most countries in our region. In addition, fake Vidatox drops have appeared that are packaged and sold under the false name of this drug. The recommendation for people who want to be treated with some of the medicines like Vidatox drops or to use homeopathic preparations is to contact experts like a doctor from Cuba, who will determine the best way to treat the patient based on the documentation they receive from the patient.

This type of treatment is called medical tourism and adequate treatments can be provided through a large number of clinics around the world. Self-treatment without professional supervision with non-registered drugs, supplements and preparations can only achieve a counter-effect in the patient and worsen his condition.

Adequate treatment is accompanied by a large number of analyzes in which it is determined whether the treatment affects the patient or whether it needs to be modified. Most professional clinics have an individual approach to each patient. For this reason, it is necessary to seek professional help.

1. What are the advantages of using Vidatox?

2. Why doesn’t my doctor advise and recommend Vidatox?

That. Although the active ingredient in Vidatox is a toxin and is therefore a pharmaceutical product, the toxicological studies that have been available have not shown any adverse reactions in patients using the poison, regardless of the degree of dilution of the prescription.

4. Can Vidatox be taken in combination with traditional therapies (radiation, hormones, chemotherapy)?

That. There is currently no evidence of conflict with other forms of cancer treatment, such as surgery, chemotherapy or hormone therapy.

To find out about another successful anti-cancer drug, read the article