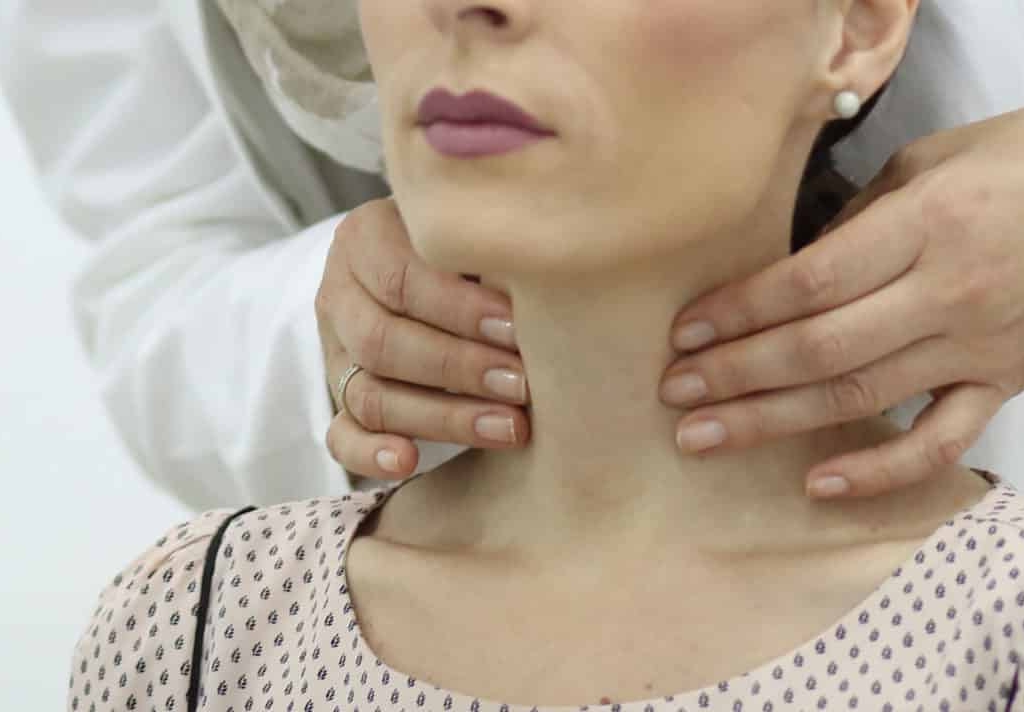 Thyroid or thyroid gland (lat. glandular thyroid ) lies below m. sternothyroideusa and m. sternohyoideusa, anteriorly in the neck at the level of the C5-T1 vertebrae. It consists primarily of the left and right lobes, anterolaterally of the larynx and trachea. The relatively thin isthmus connects the lobes through the trachea, usually anterior to the second and third tracheal rings. The thyroid gland is surrounded by a thin connective capsule, which sends connective tissue pieces deep into the gland. Dense connective tissue attaches the capsule to the upper tracheal rings. Outside the capsule is a loose sheath formed by the visceral layer of the prehistoric leaf of the deep cervical fascia.

Arteries of the thyroid gland

They supply a heavily circulating thyroid gland And. Superior thyroid and And. Inferior thyroid. These blood vessels lie between the fibrous capsule and the loose fascial sheath. Usually the first branch And. carotis externae, And. Superior thyroid descends to the upper peaks of the gland, penetrates the prehistoric layer of the deep cervical fascia, and divides into an anterior and posterior branch which mainly perfuses the anterosuperior surface of the gland. A. inferior thyriodea , the largest branch truncusa thyrocervicalisa (a branch of the first part And. subclaviae), flows superomedially posterior to vaginae caroticae fasciae cervicalis (envelopes And. carotis internae) to reach the posterior surface of the thyroid gland.

It divides into several branches that penetrate the prehistoric layer of the neck’s deep envelope and supplies the posteroinferior part of the gland, including the lower tips. The right and left superior and inferior thyroid arteries anastomose a lot inside the gland, providing it with abundant blood supply and at the same time allowing collateral circulation between And. subclaviae and And. carotis externae.

In approximately 10% of people, small, odd And. thyroidea has started from truncusa brachiocephalicusa; however, it can also be separated from the aortic arch or the right And. carotis communis. subclaviae or And. thoracicae internae. This small artery climbs to the trachea’s anterior surface, which circulates, and continues to the isthmus of the thyroid gland, where it branches and circulates. This artery’s possible presence must be considered when performing interventions in the midline of the neck inferior to the isthmus as it is a potential source of bleeding.

Lymphatic drainage of the thyroid gland

Lymphatic vessels of the thyroid gland flow in the interlobular connective tissue, usually near the arteries, communicate with the lymphatic vessels’ network in the capsule. From there, the vessels pass to the prelaryngeal, prehraheal, and paratracheal lymph nodes, which drain into the superior (from the prelaryngeal nodes) and inferior (from the pretracheal and paratracheal nodes) deep cervical lymph nodes. Laterally, lymph vessels located along the superior thyroid veins flow directly into the deep cervical lymph nodes. Some lymph vessels may flow into the brachiocephalic lymph nodes or the ductus thoracicus.

Nerves of the thyroid gland

Thyroid nerves come from the superior, middle, and inferior cervical sympathetic ganglia. They reach the gland through the cardiac and superior and inferior thyroid periarterial plexuses accompanying the thyroid arteries. These fibers are vasomotor, not secretomotor. They cause the narrowing of blood vessels. The pituitary gland hormonally regulates endocrine secretion from the thyroid gland.

Cysts of the ductus thyroglossus

Thyroid development begins at the base of the embryonic pharynx, at the site marked by a small opening – foramen cecum, in the postnatal language dorsum. Thus, the developing gland descends from the tongue into the neck, passing anteriorly from the hyoid bone and thyroid cartilage to reach the final position anterolaterally from the trachea’s superior portion. During the descent, the thyroid gland is attached to the foramen cecum ductus thyroglossus. This ductus normally disappears, but remnants of epithelium can form cysts along with any point of thyroid descent. The cyst is usually near or inside the body of the lingual bone and forms a swelling on the anterior part of the neck.

It is rare for the thyroid gland not to descend from its origin in the tongue, resulting in the lingual thyroid gland. Incomplete lowering results in the gland being placed high in the neck, on or below the hyoid bone. As a rule, the ectopic thyroid gland in the neck’s medial plane is the only thyroid tissue present. Occasionally, thyroid glandular tissue is associated with cysts of the ductus thyroglossus. Therefore, it is important to distinguish the ectopic thyroid gland from the cyst when they are removed. Otherwise, a complete thyroidectomy can occur, leaving the person permanently dependent on thyroid medications.

Parts ductus thyroglossal can remain and create thyroid tissue. Accessory thyroid glandular tissue can occur anywhere along the embryonic course ductus thyroglossal (for example, in the thymus inferior to the thyroid or in the thorax). Accessory thyroid tissue may develop in the neck laterally to thyroid cartilage; it usually lies on m. thyrohyoideus. Although accessory tissue may be functional, it is usually not large enough to maintain the normal function of the thyroid is removed.

Pyramidal lobe of the thyroid gland

Approximately 50% of the thyroid gland has a pyramidal lobe. This lobe, which varies in size, extends superiorly from the isthmus of the thyroid gland, usually to the left of the medial plane; the isthmus may be incomplete. The connective tissue bundle, often containing accessory thyroid tissue, may be continuous from the pyramidal lobe’s apex to the hyoid bone. The pyramidal lobe and bundle develop from remnants of epithelium and connective tissue ductus thyroglossal.

Enlargement of the thyroid gland

Nonplastic and non-inflammatory enlargement of the thyroid gland, in addition to the variable enlargement that can occur during menstruation and pregnancy, is called a goiter. Goiter is the result of iodine deficiency. It is common in certain parts of the world where salt and water lack iodine. An enlarged gland is the cause of swelling of the neck that can press on the trachea, esophagus, and n—recurrent larynx. When the gland enlarges, it can enlarge anteriorly, posteriorly, inferiorly, or laterally. It cannot increase in the superior direction due to m. sternothyroideusa and m. sternohyoideusa. The gland can also expand below the sternum when it is a goiter.

Removal of a malignant tumor of the thyroid gland or other surgical procedures sometimes requires removing the gland (thyroidectomy). In the surgical treatment of hyperthyroidism, the posterior part of each lobe of the enlarged thyroid is usually preserved. This is a procedure called ‘almost complete thyroidectomy,’ which is done to protect n. recurrent larynx and n. superior larynx and the parathyroid glands were spared. Postoperative bleeding after thyroid surgery can press on the trachea, making it difficult to breathe. Blood accumulates inside the fibrous capsule of the gland.

Injury of the recurrent laryngeal nerve

Injury n. recurrent larynx is always present during neck surgery. Near the lower tip of the thyroid gland, gums n. the recurrent larynx, is closely related. Inferior thyroid and its branches. This nerve can pass anteriorly or posteriorly from the arteries’ branches, and it can also pass between them. Because of this relationship, And. The inferior thyroid is pinched laterally from the thyroid gland, not close to the nerve. Although the risk of injury to the left n. recurrent larynx smaller during surgery due to its vertical ascent from the upper mediastinum, the artery and nerve are also closely connected near the thyroid gland’s lower tip. Hoarseness is a common sign of unilateral injury n. recurrent larynx, however, temporary aphonia or phonation obstruction and laryngeal spasm may occur. These signs are usually the result of pinching n—superior larynx during surgery due to blood clotting pressure and serous exudate after surgery. 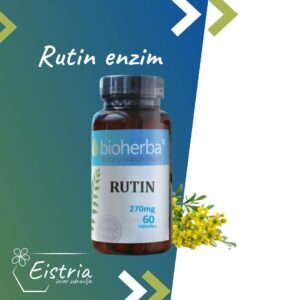 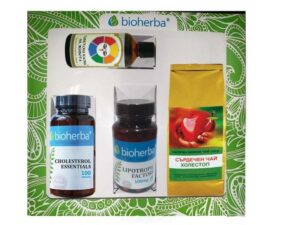 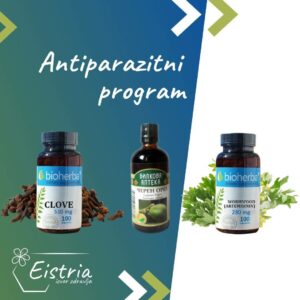 Inflammation of the vocal cords tips to improve symptoms