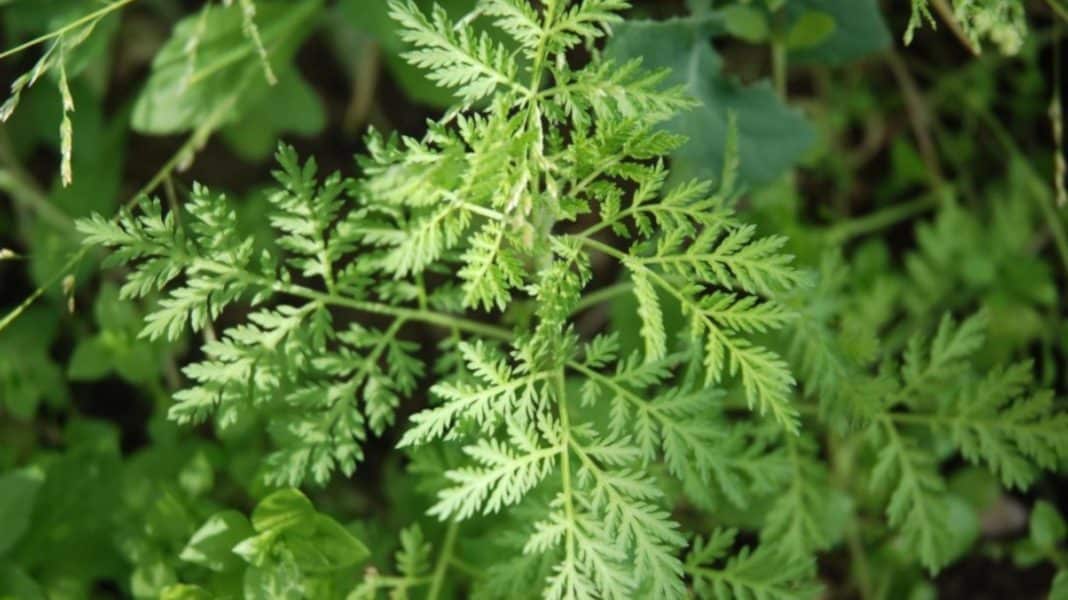 Artemisinin is a very well known herbal medicine that has been used for centuries Chinese medicine due to its very healing properties. It is used as an anti-viral, anti-bacterial, anti-carcinogenic, anti-parasitic, anti-fungal, anti-inflammatory and anti-malarial agent.

The ability of Artemisinin to destroy cancer cells has been supported in many previous studies. In its structure, artemisinin contains a group of peroxides. Artemisinin binds to transferrin, which transmits it rapidly through the blood. Peroxides have the ability to react in contact with iron, which is present in cancer cells in elevated concentrations, releasing negatively charged oxygen particles that destroy the cancer cell. Sweet wormwood extract also inhibits the growth and division of cancer cells by reducing apoptosis by the growth of capillaries that deliver food and blood to cancer cells. Sweet Pelin preventively prevents metastases, also affects reproduction and repairs damaged DNA strands.

One of the basic abilities of artemisinin is that it recognizes healthy cells in relation to other anti-cancer drugs that are used to fight cancer. The reason is the increased concentration of iron in cancer cells compared to normal cells due to the overcrowding of transferrin receptors on the surface cancer cells .

Artemisinin has the ability to treat many types of cancer including melanoma, leukemia, breast cancer, colorectal cancer, ovarian cancer, kidney cancer, CNS tumors and other types of cancer. Artemisinin is also known to increase the effectiveness of drugs used during chemotherapy. 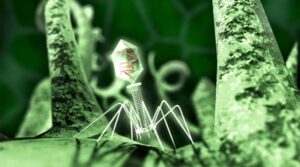 Artemisinin is a very potent agent against many viral infections including influenza A, herpes simplex virus type 1 (HSV-1), Epstein-Barr virus (EBV), human cytomegalovirus (CMV), hepatitis B virus (HBV), hepatitis C (HCB) , Varicella zoster virus (VSV) and bovine diarrhea virus. The antiviral ability of artemisinin lies in its ability to inhibit virus replication through the disintegration of the host cell mechanism, which is extremely important for virus growth. It also prevents the growth of the virus by slowing down the synthesis of proteins and DNA, by inducing apoptosis (programmed cell death), by disrupting the virus genome. It is used to treat very serious viral infections such as hepatitis, infectious mononucleosis, rosacea infantum, encephalitis and shingles.

Sweet wormwood extract is very often used as an antimicrobial agent. Its ability to destroy anaerobic types of bacteria gonochi, bacilli, E. Coli, Pseudomone, and enterococci is very pronounced. Artemisinin is also known to increase the effect of anti-bacterial drugs such as beta lactamases. It mainly attacks bacterial cells by integrating directly into their cell membrane, destroying them with a high concentration of oxygen and free radicals. Against H.pylori stomach infections and other bacterial infections such as dysentery and tuberculosis artemisinin has a very strong effect. It is also used to reduce the development of bacteria in the mouth such as caries and is also effective in the case of mouth infections.

Artemisinin sweet wormwood extract is used to treat fungal lung infections, which are very common in AIDS patients and are caused by a drop in immunity. The anti-fungal effects of artemisinin against the fungal pathogens Aspergillus flavus, Aspergillus fumigatus, Alternaria solani, Candida albicans, Cryptoccocus neoformans and Fusarium oxisporum are particularly well known. The anti-fungal effects are due to the presence of carbonyl groups in the structure of artemisinin which are very toxic to fungi. These compounds cause the destruction of the cell wall of fungi by inhibiting their growth. Artemisinin is even more potent than the well-known anti-fungal drug amphotericin B. 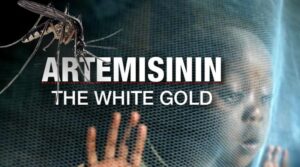 Artemisinin has been declared a very effective drug in patients with malaria. It has played a very important role in over two million people suffering from this disease. He has the ability to kill parasites Plasmodium falciparum which causes malaria. Mechanism of parasite destruction Plasmodium falciparum is made possible by the high concentration of iron in blood cells infected with this parasite that attracts transferrin enriched in artemisinin. Also, artemisinin causes the growth of Plasmodium to stop until it is completely destroyed. Artemisinin is very effective against those types of Plasmodium that are resistant to standard malaria drug treatment. Artemisinin is usually combined with other anti-malarial drugs and thus gives even better results.

Artemisinin has exceptional anti-parasitic properties. Artemisinin has a wide range of actions against various types of parasites. It is used as a primary modality in single treatment or as part of a combination therapy for parasitic infections including scabies, leishmaniasis, toxoplasmosis and African Trypanosomiasis.

-It is used to relieve pain as an analgesic in patients with rauma and dyspepsia.

-Artemisinin strengthens the immune system by acting as an anti-bacteriological, anti-viral and anti-fungal agent. It also regulates the functions of various mechanisms that affect the immune system.

-It is used as a means to eliminate various skin infections

-It is used to relieve fever symptoms.

The recommended daily dose is two teaspoons containing 200 mg of the preparation, which is 400 mg in total. Each teaspoon contains 180 mg of artemisinin and 20 mg of saponin.

This product creates contraindications in pregnant and breastfeeding women if it is used during pregnancy and can lead to weight loss of the newborn, premature birth, abortion, anomalies in the child’s development.

Use for more than one month should be under the supervision of a medical professional and includes control of liver enzymes and hemoglobin.

Common side effects of artemisinin include nausea, vomiting, dizziness, and anorexia. Taking super artemisinin should be avoided in patients taking anti-diabetes and anti-epileptic drugs.

Artemisinin is the only active ingredient in sweet wormwood that is used to destroy malaria parasites, and scientists have also proven it to be carcinogenic diseases based on a high concentration of iron. Artemisnin or sweet wormwood in contact with iron releases free radicals that destroy cancer cells.

In the sweet wormwood plant itself, the concentration of artemisinin is extremely low 0.04%, so that it is extracted for many years by various methods.

You can read more about research on artemisinin in an article by Dr. Michael Lama and how treatment manifests itself in certain forms and types of cancerous diseases.

Artemisinin and its semi-synthetic derivatives artesunat and artameter should be taken orally with yogurt, cheese, olive oil or fish oil to increase absorption and to reduce the load on the stomach. Omega 3 – 3 grams should also be taken.Artemisnin should be taken on an empty stomach. The evening dose of Artemisinin is the most important because cancer is most active at night. It is good to stop smoking for 6 months when using artemisinin.

Some researchers believe that users of artemisinin experience autoinduction during which the body metabolizes the drug so quickly that the level of blood plasma decreases. The effectiveness of artemisinin automatically decreases.

For that reason artemisnin or sweet Pelin used for 8 days and a break in use is made for three days.

Take on an empty stomach 30 minutes before breakfast 150 mg of artemisinin with Omega 3 fish oil – 3 grams and one gram of vitamin C.

Take 150 hours after dinner 150 mg of artemisinin with Omega 3 fish oil – 3 grams and one gtram of vitamin C.

These three days, when there is a break, about 150 mg of iron with ferrosulfate with about 2 grams of vitamin C are taken.

It is also possible to note the increase in efficiency with oxygen in the hyperbaric chamber, which you can read about in the mentioned article, and MSM powder also helps. cell membranes are also enlarged by saponins.

Preparations that increase the effectiveness of artemisinin recommended by Dr. Signh:

Also, each method of alternative treatment must be accompanied by a certain diet. You can read more about the basic principles of the diet here