Blog
You are here: Home1 / Blog2 / Child3 / Orthorexia – obsession with a healthy diet

When in 1997. Mr. Dr. Steven Bratman went from his native California to New York to work as a chef in the commune, never dreaming of becoming world-famous. In the commune, he was engaged in cooking and growing food for people who paid a lot of attention to proper nutrition. Over time, he noticed that their preoccupation with food became more difficult in everyday life. He gathered the findings in a book that soon became a bestseller in Health Food Junkies Overcoming The Obsession With Healthy Eating. He first mentioned the coin orthorexia from the Greek “orthos,” which means proper and “orexis” appetite. An orthorexic is a person obsessed with a healthy diet. These people feel guilty if they eat unhealthy foods such as, e.g., fast food or fast food. 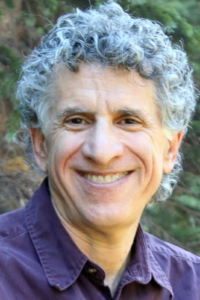 At the same time, they are obsessed with avoiding pesticides, herbicides, GMO foods and try to buy only organic foods. Their view of food is often linked to the acceptance of a holistic approach to health, that is, the belief that our health is primarily determined by the quality of the food we eat. Orthorexia differs from anorexia in that the preoccupation of anorexics is slimline, and it does not matter whether it is achieved through a healthy diet or starvation. Orthorexia is found in vegans, vegetarians, and macrobiotics who are gradually beginning to give up an increasing number of foods to eat properly. The disorder can be discussed when the number of social contacts (lunches and dinners) decreases due to the narrowed choice of food.

Orthorexia neurosa is not an eating disorder and does not develop due to low self-esteem levels. It usually starts unnoticed by throwing out unhealthy foods – such as snacks, sweets, and fizzy drinks, but in the meantime, the whole group of foods is thrown out.

Food becomes the main thing, and the menu is planned for a few days. Psychically, there is a feeling of superiority over people who eat “unhealthily.” There are also the first health problems of a restricted diet, such as a lack of vitamins and minerals, weakened bone structure, indigestion, and absence of menstruation.

If you answer yes to more than four questions, you may have symptoms of orthorexia Nervosa.

1. Do you spend more than three hours a day thinking about healthy food?
2. Do you notice how you plan meals a few days in advance?
3. Is the meal’s nutritional value more important to you than enjoying the meal?
4. Has your quality of life decreased since your diet’s quality increased?
5. Have you become stricter about food choices lately?
6. Does eating healthy improve your self-esteem?
7. Have you given up the food you enjoyed to consume “real” food?
8. Make your eating habits cause you difficulty consuming food outside the home, distancing you from family and friends?
9. Do you ever feel guilty if you “deviate” from your rules here and there?
10. Do you feel complete peace and control over yourself if you eat healthily?

Dr. Bratman believes that obsessed with a healthy diet really has a problem and needs to be treated seriously, like anorexics and bulimics. “Orthorexia is often just a source of psychological distress, not a physical danger,” he adds. Orthorexia can lead to an eating disorder as the diet becomes more refined and from the point of view of parents or partners becomes similar to anorexia. And grows into an obsession.

“What to eat, how much and what are the consequences of improper diet, overtime is becoming an increasing part of the daily preoccupations of orthorexics,” says Bratman.

Whether orthorexia is just a term intended to fill the columns of women’s magazines or a legitimate medical condition, the fact is that certain dietary rules can govern the life of a person who insists on them to the extreme, and the consequences can be similar, as a person obsessed with a healthy diet would rather starve than eat something he is not sure is completely ‘clean’ and ‘correct.’

Haste in children and how to recognize it

Depression and axiosity and cause
1 reply

What is Amniocentesis? Scroll to top