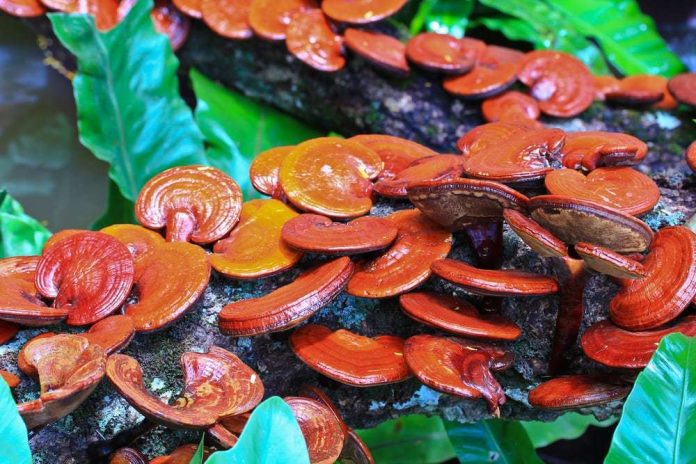 Eastern medicine uses many different plants and fungi. It is also interesting that reishi mushroom or oak gloss is especially popular.

Sadržaj teksta hide
1 What is reishi mushroom or oak gloss?
2 1. They strengthen the immune system
3 2. Anti-cancer properties
3.1 Six ways in which the fungus attacks and kills cancer cells
3.2 Conventional medicine and health professionals know little or often nothing about diet, herbs and mushrooms
3.3 How do you solve (and kill) cancer cells?
4 More information on the effect of oak gloss on cancer
5 3. It can fight fatigue and depression
6 Other potential benefits
7 4. Heart health
8 5. Blood sugar control
9 6. Antioxidant status
10 Dosage recommendations vary based on the form used
11 Possible side effects and dangers
12 Letterhead

It offers a variety of potential health benefits, including boosting the immune system and fighting cancer. However, his safety has recently been called into question.

This article will tell you what you need to know about the potential benefits and risks of oak gloss.

What is reishi mushroom or oak gloss?

Oak gloss Reishi mushroom, also known as Ganoderma lucidum and lingzhi , is a fungus that grows in various hot and humid locations in Asia.

For many years, this fungus has been the basis of Eastern medicine.

Mushrooms contain several molecules, including triterpenoids, polysaccharides and peptidoglycans that have their own health effects.

And while the mushroom itself can be eaten fresh, it is also common to use powdered forms of mushrooms or extracts that contain these specific molecules.

These different forms have been tested at the cellular level, but also in research involving animals and humans.

Below are 6 scientifically studied benefits of reishi mushroom. The first three are supported by stronger evidence, while support for the others is not final.

1. They strengthen the immune system

One of the most important effects of reishi mushroom is that it can lift yours immune system .

Although some details are still uncertain, research shows that oak gloss can affect genes in white blood cells, which are critical parts of your immune system.

Moreover, these studies have found that some forms of reishi mushroom can alter inflammation pathways in white blood cells.

Studies in cancer patients have shown that some of the molecules found in this mushroom can increase the activity of a type of white blood cell called a natural killer cell.

Natural killer cells fight infections and cancer in the body.

Another study showed that oak gloss can increase the number of other white blood cells (lymphocytes) in people with colorectal cancer.

Although the immune system as a whole benefits from reishi mushroom in those who are ill, some evidence shows that it can also help healthy people.

In one study, this fungus improved the function of lymphocytes that help fight infections and cancer, as well as in athletes exposed to stressful conditions.

However, other studies in healthy adults have not shown an improvement in immune function or inflammation after 4 weeks of taking reishi extract.

All in all, it is clear that oak gloss affects white blood cells and immune function. More research is needed to determine all the benefits in healthy and sick people.

Many people consume this mushroom because of its potential anti-cancer properties.

In fact, one study involving more than 4,000 breast cancer survivors found that about 59 percent of them consumed reishi mushrooms.

In addition, several studies have shown that it can lead to the death of cancer cells.

However, the results of these studies are not necessarily as effective in animals or humans.

Some research has shown whether oak gloss may be beneficial for prostate cancer because of its effect on the hormone testosterone.

While one case study showed that the molecules found in this fungus can reverse prostate cancer in men, a larger study that followed did not support these findings.

Oak gloss has also been studied for its role in preventing or fighting colorectal cancer.

Some studies have shown that a year of treatment with reishi mushroom resulted in a reduced number and size of tumors in the colon.

Moreover, a detailed report on multiple studies has shown that the fungus can have a beneficial effect on cancer patients.

These benefits included increased activity white blood cells in the body that help fight cancer and improve the quality of life in cancer patients.

However, researchers claim that Ganoderma lucidum should be used in combination with traditional treatment, and not replace it.

Moreover, many researches of reishi mushroom that were performed were not of high quality, and therefore many more researches are necessary.

Six ways in which the fungus attacks and kills cancer cells

Many people with cancer become ill when their immune system declines greatly. With the immune system then vulnerable, potential hidden pathogens such as bacteria and viruses can make it harder to further halt disease progression.

We should not be surprised by the millions of deaths related to cancer or weakened immunity – especially when we take into account the lack of minerals in arable land, excessive use of sugar in the diet and artificial ingredients in already over-processed foods, plus increasing use of GMO foods.

Conventional medicine and health professionals know little or often nothing about diet, herbs and mushrooms

For example, according to world-renowned mycologist Paul Stamet, “out of 140,000 species of fungi, science is only 10 percent familiar.” It is such a pity, especially when we take into account the fact that mushrooms have some of the most powerful natural remedies on the planet.

Fortunately, many scientists are looking at the health benefits offered by the plant world – especially in terms of reishi mushrooms. Known for improving the immune system and for its anti-aging properties, recent research indicates multiple powers that make oak gloss a super cancer fighter.

How do you solve (and kill) cancer cells?

Journal of Nutrition and Cancer has published the results of research that has shown that the Oak snout constantly inhibits cell invasion and disrupted cell spheroids involved in the invasive nature of cancer cells.

More information on the effect of oak gloss on cancer

3. It can fight fatigue and depression

The effects of shiny oak on the immune system are often the most pronounced, but they also have other potential benefits.

This includes reduction fatigue and depression , as well as improved quality of life.

One study examined its effects in 132 people with neurasthenia, a poorly defined condition related to pain, dizziness, headache and irritability.

The researchers found that fatigue was reduced and well-being improved after 8 weeks of taking the supplements.

Another study showed that fatigue was reduced and quality of life improved after 4 weeks of taking reishi powder in a group of 48 breast cancer survivors.

Moreover, the people included in the study also noted less anxiety and depression.

While oak gloss is useful for people with certain diseases, it is not clear whether it would benefit those who are otherwise healthy.

In addition to the effects on the immune system and quality of life, oak gloss has been studied for its potential to improve other aspects of health.

However, another study in healthy adults showed no improvement within these  risk factors for heart disease.

Moreover, the analysis did not show positive effects on heart health after examining five different studies with about 400 people. The researchers found that consuming reishi mushroom for up to 16 weeks did not improve cholesterol.

Several studies have shown that molecules found in reishi mushrooms can lower blood sugar in animals.

Some preliminary studies in humans have noted similar findings.

However, most research has not supported this benefit. After evaluating hundreds of participants, the researchers found no benefit in achieving better blood sugar results.

Mixed results were visible for postprandial blood sugar. In some cases, reishi mushroom lowered blood sugar, but in other cases, worse results were observed compared to the use of placenta.

Antioxidants are molecules that can help prevent cell damage.

Due to this important function, there is a great interest in food and supplements that can improve the antioxidant status in the body.

Many claim that oak gloss is effective for this purpose.

However, several studies have not revealed a change in the levels of two important antioxidant enzymes in the blood after consuming the fungus for 4 to 12 weeks.

Dosage recommendations vary based on the form used

Unlike some foods or supplements, the dose of oak gloss can vary significantly based on the shape used.

The highest doses are seen when someone consumes the mushroom itself. In these cases, the doses can be from 25 to 100 grams, depending on the size of the mushrooms.

Generally, dried mushroom extract is used instead. In these cases, the dose is approximately 10 times lower than when the mushroom itself is consumed.

In addition, some supplements use only certain parts of the extract. In these cases, the recommended doses may be significantly lower than the stated values.

Since the suggested dose can vary significantly based on the shape of the mushroom used, it is very important to know what type you are taking.

Possible side effects and dangers

Despite their popularity, there are those who have questioned the safety of reishi mushrooms.

However, these effects were small and included a slightly increased risk of upset stomach or digestive stress. No adverse effects on liver health were observed.

Other studies have also shown that four weeks of taking reishi mushroom extract did not have harmful effects on the liver or kidneys in healthy adults.

In contrast to these reports, significant liver problems were observed in two studies.

Both subjects in the study had previously used reishi mushrooms without any problems, but had side effects after switching to a powdered form.

This makes it very difficult to know for sure whether the fungus itself is responsible for the observed liver damage or whether there was a problem with the powder extract.

It is also important to note that many studies of reishi mushroom have not recorded safety data, so only limited information is available.

However, there are several groups of people who should probably avoid using reishi mushroom.

This includes pregnant and breastfeeding women, who have a blood disorder, need to undergo surgery or have low blood pressure.

Reishi mushroom is a popular mushroom used in Eastern medicine.

It affects the increase of the immune system through its effects on whites blood cells , especially in people who are ill, such as those with cancer.

This fungus can also reduce the size and number of tumors in certain types of cancer, as well as improve the quality of life in some people with cancer.

Most human studies have shown that this fungus does not improve cholesterol, blood sugar or antioxidants, but in certain cases it can be effective in reducing fatigue or depression.

It is important to know that not all reishi supplements are equal. To access the benefits noted in the research, it is necessary to use standardized reishi mushroom extracts that contain tested levels. Ganoderma Lucidum , an active therapeutic agent.

Ask your chosen doctor to help you and suggest a dose as well as a high quality reishi supplement that is best for your needs. Also, consult on how you can include reishi mushroom in your regular diet.

Cordyceps sinesis is a fungus for the immune system