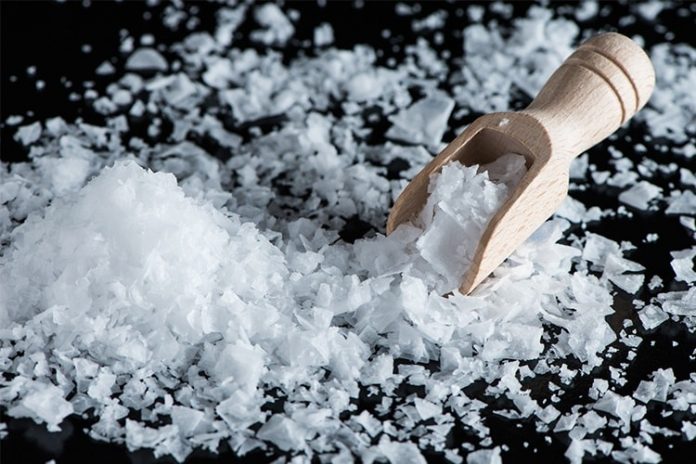 Magnesium chloride possesses the ability to accelerate cellular activity and thus the metabolism of the entire organism. Magnesium which is a key element for mass production enzymatic reactions at the cellular level, it becomes very effective in fighting infections when combined with chloride.

What sets it apart from other elements is that magnesium chloride helps immune system to fight cancer in a natural way. Since this mineral is filtered in the kidneys, it is not uncommon for a large number of people to have a magnesium deficiency in the body.

How much magnesium chloride it can be very easily absorbed through the skin and in our case we made a solution in DMSO or used as a bath salt, this mineral can very easily reach metastasis. One of the most deadly types of cancer, pancreatic cancer is extremely difficult to operate on and also Mesothelioma is a type of cancer that is difficult to notice because it manifests and shows up only when it begins its cycle of spreading or metastasis. During the use of magnesium chloride in clinical studies, it was concluded that these two types of very deadly cancers are withdrawn. Magnesium chloride has also been shown to be effective in other cancers as an activator of the immune system.

Back in 1915 a French surgeon Professor Pier Delbet he tried to find a solution that would clean the wounds, because he noticed that classic antiseptics affected the wound tissue and accelerated the infection instead of preventing it.

He tested several mineral solutions and found that magnesium chloride not only does not destroy tissue, but also has an exceptionally positive effect on leukocyte activity and phagcytosis. It proved to be a perfect solution for treating external wounds.

Dr. Delbet performed many “in vitro” and “in vivo” experiments and concluded that magnesium chloride is not only great for external use but that when used orally it is an excellent activator and stimulator of the immune system. He called the effect of this preparation cytopilaxy. In some studies, magnesium chloride was able to increase phagocytosis by 300%.

Dr. Delbet also discovered that oral use has a very good effect on people and the entire human body. The therapeutic use of this preparation has proven successful for a long list of diseases.

Magnesium chloride has proven to be very successful in the treatment of colitis, anginocolitis, Parkinson’s disease and tremors, muscle cramps in the nervous system, acne, eczema, psoriasis, warts, itchy skin of various origins. This preparation strengthens hair and nails, has a good effect on impotence, prostate hypertrophy, improves circulation and has an effect on allergic diseases, asthma and urticaria, and many other diseases.

Prof. Delbet also researched the relationship between magnesium and cancer. During clinical trials, he discovered that magnesium chloride has a very strong preventive effect on the development of cancer and successfully treats several pre-cancerous conditions such as leucoplasia, hyperkeratosis and chronic mastitis.

Cancer and the immune system

Epidemiological studies have confirmed Dr. Delbet’s claim. In regions where the soil is rich in magnesium, a smaller number of people suffering from cancer have been recorded.

During the research, the solution of magnesium chloride also slowed down the development of cancer cells.

Soon, due to their great success, these two doctors gained a handful of enemies, there were professors of medicine and academies with heads and beards, all with the aim of developing a new business of vaccinating the population and developing vaccines.

Use of magnesium chloride

In the following years, the indications of the very healing effects of magnesium chloride do not end with the work of these two French scientists. Magnesium chloride is successfully used in asthmatic acute attack, shock, herpes zoster, acute and chronic conjunctivitis, optic neuritis, rheumatism and many allergic diseases.

The use of magnesium chloride should be the next 25 grams in one liter of liquid.

Adults and children over 5 years 125 ml

These doses are taken orally. Magnesium chloride has a laxative effect, so that diarrhea may occur in the first days of therapy, especially at high doses, but this is not a reason to stop therapy. The taste of the solution is not very good, so you can add a little fruit juice from grapefruit or lemon.

In chronic diseases, 2 of the above doses are given daily for a longer period of time, several months at least and maybe several years.

In acute diseases, the doses are given every 6 hours or every 3 hours in very serious diseases, then reduced to 8 hours and then to 12 hours as the condition improves.

As a preventive measure, magnesium chloride can be taken in one dose per day.