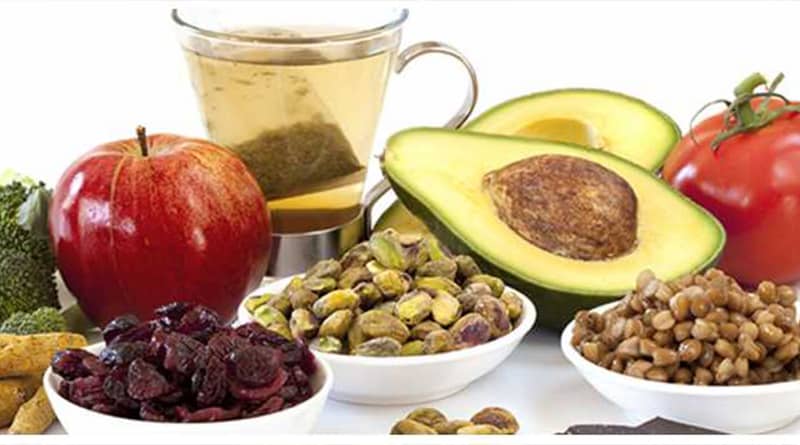 The ketogenic diet consists of a low carbohydrate intake, a low protein intake and a high intake of healthy fats. The keto diet affects and stops the spread of even advanced cases of cancer and cancer. Research shows that this diet stops cancer from spreading, inhibits metastases and destroys cancer cells .

Professor Thomas Seyfried is a Boston biologist who, after many years of research, believes that cancer is a metabolic disease and that its origin is not genetic. Dr. Dominic D Agostino Assistant Professor of the North University of Florida has been involved in the treatment of patients with advanced cancer using a ketogenic diet. The ketogenic diet gained a lot of attention and interest when this method of treatment was first written about in 2006.

The most basic principles of the ketogenic diet

Glucose is the primary fuel in cancer cells. Cancer cells they are not flexible. If they do not have glucose available, they will die. in some cases when there is no glucose, cancer cells use glutamine and amino acids.

What a ketogenic diet entails

Although calorie restriction affects the spread of cancer, the next time you ingest a higher glucose concentration, there may be a change in mood, and cancer cells fill up with fuel to burn. Complete fast (from 3-5 days) can prevent this. Fasting causes a state of ketosis in the body where flexible healthy cells deprived of glucose thrive while carcinogenic veins.

Then we came to the ketogenic diet where the rules are very simple:

1. Do not eat carbohydrates to vegetables without starch in them. Do not take glucose or high amounts of fructose (carbonated soft drinks)

2. Eat only a limited amount of protein. Eat only quality proteins like fish and chicken.

5. June 2018 The results of the research were published by researchers from the University of South Florida (Angela M Poff and Dr. Dominic D’Agostino) and Thomas N Seifried at Boston College. In mice with cancer metastasis, they used a ketogenic diet and hyperbaric oxygen in combination with control groups, the researchers reported that:

The latest information on the ketogenic diet

The following things should be adhered to in a ketogenic diet:

a) Carbohydrates should be avoided, especially refined carbohydrates, glucose, carbonated soft drinks, corn syrups with a high concentration of fructose in foods with a high glycemic index, honey which has 50% glucose and fructose. A ketogenic diet involves the use of only non-starchy carbohydrates from plants.

b) The ketogenic diet focuses on good fats such as extra virgin olive oil, flaxseed oil, coconut oil, avocado and eggs. While bad fats such as those from dairy products made from cow’s milk should be avoided.

c) Protein intake should be only in very small quantities and should be composed exclusively of natural, quality and fresh protein sources (fish, chicken). Not from dried meat to which carbohydrates have been added. High protein intake can increase the level of glutamine, which feeds cancer cells and is necessary for their survival.

d) Healthy normal cells are flexible and can use other carbohydrates or ketones as a fuel source. Cancer cells do not have this flexibility. They can only use glucose. In certain circumstances they may be able to use glutamine. All in all, without glucose they starve and die.

e) Dr. Dominic D Agostino, a researcher from the University of South Florida, Faculty of Medicine, showed in 2012 on animals with metastatic cancer that they can live longer using a diet without carbohydrates.

f) Dr. Agostino believes that limiting calorie intake through fasting and a cogenous diet allows control and limitation of glucose levels of IGF-1, insulin, protein, and glutamine that affect the formation and spread of cancer.

Foods that can protect against cancer

In 2012, research was conducted at the National American Cancer Institute that included research on how food can limit the growth and spread of tumors. What they discovered is that they are at the core of all tumors stem cells cancer and there are currently no drugs we can use to destroy them.

The ketogenic diet is used as part of a cancer cure program. Along with it, other nutritional products can also be used, which have a harmful effect on cancer cells, and that is artemisnin ,, curcumin , piperine, genistein, vitamins A and D, EGCG from green tea .

In 2012, the American Anti-Cancer Association published a report adopted by the NCI that there has been an explosion in complementary therapy research since 2006, and that there is ample evidence that diet, weight control and exercise can increase the life expectancy of people with cancer and prevent cancer recurrence in those in whom the disease has been eradicated.

Influence of ketogenic diet on tumors

The cathetogenic diet is able to influence, in addition to the previously mentioned methods, the reduction of plasma glucose, IGF-1 and insulin levels, it can also limit glutamine and reduce the amount of cholesterol in the body.

Carriers of this diet are a complete lack of calories, negligible intake of sodium salts and increased intake of good fats compared to bad ones. Specific research includes:

1. We have done six research studies in the last three years and all of them have indicated that people with the highest blood glucose levels have increased and accelerated development of cancer in the body, and they also have the lowest survival rate.

2. When it comes to fat intake, research conducted at the Seattle Cancer Center has proven that bad fats lead to the recurrence of breast cancer while fish oil fats prevent it.

3. Research also shows that reduced calorie intake improves the life expectancy of those exposed to radiotherapy and chemotherapy.

Brain and other solid tumors

Let’s start with a brief overview of research on the brain and other solid tumors and their progression with increased glucose intake.

a) There are several research studies that confirm this. Researchers from the Department of Biology at Boston College have found that brain tumor cells that are inflexible to healthy cells use only glucose but not ketones for energy. They emphasized that metabolic therapy has made greater progress compared to the drug therapy used in the last 5 decades.

b) Researchers from the Ohio University Center have shown that the MIP-451 molecule shuts down in the absence of glucose and automatically shrinks the brain tumor and in an abundance of glucose it feeds and increases.

c) In January 2009, researchers noticed that there was a strong link between hyperglycemia and cancer risk and after applying the study to patients with brain cancer, they concluded that those with the highest blood glucose levels had a higher and faster spread of cancer compared to those with lower level. They also concluded that this feature is valid for most cancerous diseases.

d) In 2009, it was also discovered that insulin resistance is directly related to breast cancer. In cases where women had increased blood glucose levels, the risk of breast cancer was 1.7 times higher.

e) In 2010, scientists proved that metformin, a drug for diabetes that lowers blood sugar, is directly related to reduced levels of lung cancer.