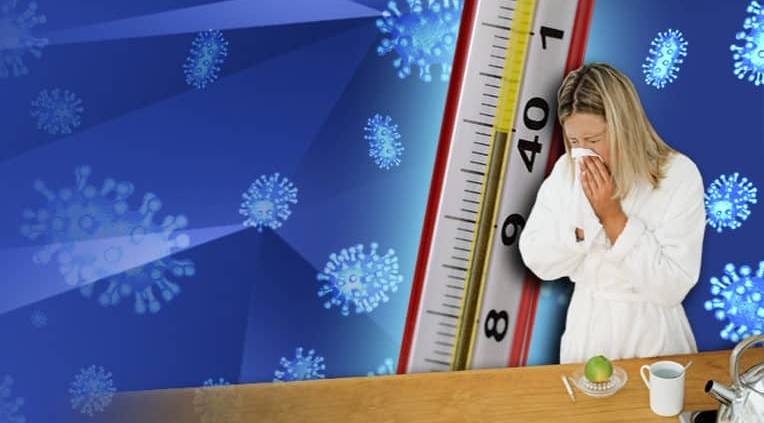 Influenza virus infections, influenza (ICD-10: J10, J11), are among the most common infectious diseases. Influenza is caused by highly contagious airborne viruses that cause acute febrile illness and result in varying degrees of systemic symptoms, from mild fatigue to respiratory failure and death. These symptoms contribute to significant loss of working days, mortality, and morbidity. The word “influenza” comes from the Italian language and means “influence,” as it was attributed to unfavorable astrological influences in the age of superstition.

Although most common influenza circulating strains in the annual flu cycle represent significant public health concerns, many more deadly strains of influenza appeared periodically. These deadly strains caused three global pandemics in the last century, the worst of which occurred in 1918. called the Spanish flu (although most cases occurred in the United States and elsewhere in Europe before Spain), and the pandemic killed between 20 and 50 million people.

In addition to humans, the flu also affects various animal species. Some of these influenza strains are species-specific, but new strains can spread from other animal species to humans. So that, e.g., the term “avian influenza” is used to denote zoonotic human infections by a strain of influenza that primarily affects birds.

Swine flu refers to infections with strains derived from pigs.

The flu’s signs and symptoms overlap with many other signs of the virus upper respiratory tract infections. Viruses such as adenovirus, enterovirus, and paramyxovirus can initially cause influenza symptoms.

The standard for diagnosing influenza A and B is a viral culture of nasopharyngeal or throat samples. However, this process can take 3-7 days, which is usually longer than the patient’s stays in the clinic, office, or emergency room and after a time when the therapy can be effective. Recently, PCR laboratory techniques have become available that require less than 24 hours and have good sensitivity. However, due to the cost and availability of tests, clinicians most often diagnose influenza only based on clinical criteria, which we will describe later.

As with other diseases, flu prevention is the most effective strategy. Every year, a vaccine is made that contains the antigens of the strains that are most likely to cause infection during the winter flu season. The vaccine provides good protection against immunized strains, becoming effective 10-14 days after administration. Antiviral medications that can prevent some flu cases are also available; if given after the development of the disease itself, they can reduce the duration and severity of the disease.

In the tropics, influenza occurs year-round, but in the northern hemisphere, the group season typically begins in early fall, peaks in mid-February, and ends in late spring of the following year. The duration and severity of a flu epidemic vary, depending on the virus’s causative strain.

Unlike the typical flu season, the 2009/2010 season. It was marked by the H1N1 virus (swine flu), where the disease was more severe among people younger than 65 years than in non-pandemic seasons, with significantly higher pediatric mortality and higher hospitalization rates of children and young adults.

Primary risk factors for human H5N1 influenza virus infection (“ bird flu “) is direct contact with an infected person or dead birds infected with it. Contact with the feces of infected birds or contaminated water surfaces is also considered an infection mechanism. Other specific risk factors are not known.

Influenza viruses A and B belong to the family orthomyxovirus (This group of viruses also includes influenza C, which is not medically important, although epidemics of influenza C have been reported, especially in children), spherical enveloped viruses with a segmented single-stranded negative RNA coil. RNA consists of 8 genetic segments surrounded by 10 (in the influenza A) or 11 (influenza B) protein. Immunologically, the most important surface proteins are hemagglutinin (H) I neuraminidase (N).

Hemagglutinin and neuraminidase are the most important virulence factors and are the main targets of neutralizing antibodies of acquired immunity to influenza. Hemagglutinin binds to respiratory epithelial cells, enabling cellular infection. Neuraminidase cleaves the bond that holds newly replicated virions on the cell surface, allowing the infection to spread.

Influenza A identification is made by identifying both N and H. Sixteen N and 9 H types have been identified so far. Different combinations of HINs result in 144 combinations and potential virus subtypes. The most common subtypes of human influenza viruses identified today contain hemagglutinins 1, 2, and 3 and neuraminidases 1 and 2. These variants are responsible for species specificity due to receptor utilization differences (particularly sialic acid, which binds hemagglutinin and is cleaved by neuraminidase when the virus leaves the cell).

For example, influenza A subtype H5N1 expresses hemagglutinin 5 and neuraminidase 1.

H3N2 and H1N1 are the most commonly prevalent influenza A subtypes affecting humans. Each year, the vaccine used contains influenza A strains H1N1 and H3N2 and an influenza B strain.

Viral RNA polymerase does not have a mechanism to check for replication errors, so year-to-year variations are sufficient to provide a significant number of susceptible hosts. Also, the segmented genome can reorganize genomic segments from different strains of influenza in a co-infected host.

Presentations of influenza virus infection vary. Patients with influenza who have been previously immunized may have milder symptoms. Sudden onset of the disease is common. Many patients can give the time when the disease started. [/simptom]Fever can have wide variations, where some have a lower fever (around 37.5 degrees Celsius), and some develop up to 40 degrees Celsius. Some patients report a feeling of fever and chills.

Frontal/retroorbital headache is common and usually severe. Ocular symptoms develop in some patients with the flu, such as photophobia, a burning sensation, and pain when performing movements.

Some patients with influenza develop rhinitis of variable severity, but this is generally not the main symptom.

Cough and other respiratory symptoms may be initially minimal but often progress as the infection progresses. They may report unproductive cough, pleurisy chest pain associated with cough, and dyspnea – respiratory system. In children, diarrhea may be present.

Acute encephalopathy is associated with influenza A infection.

The incubation period of influenza is on average 2 days but can vary from 1 to 4 days. Due to the aerosol transmission and possible (but less likely) transmission via asymptomatic individuals and contaminated surfaces, the patient may be unaware of disease exposure.

For the H1N1 flu pandemic, the initial symptoms were high fever, myalgia, rhinorrhea, and sore throat. Nausea, diarrhea, and vomiting were also reported.

In the medical history, avian influenza should be suspected in all patients exposed to sick, dead, or dying birds (such as poultry) or people with avian influenza. Many cases involve close contact, such as plucking or cleaning dead poultry or eating incompletely cooked poultry meat. Some patients have no history of exposure to diseased birds, suggesting that spread from asymptomatic birds is possible or that the virus may spread through the environment.

The average time from exposure to the disease’s onset is 2-4 days but can last up to 8 days. About 94-100% of cases begin with typical influenza syndrome, including high fever (over 38 degrees Celsius) and lower respiratory tract infection (cough and pleurisy). Headaches, myalgia, and fatigue are also common.

Dyspnoea has been reported in 76-100% of cases. Lower respiratory tract involvement appears to occur earlier with bird flu than with seasonal flu. Dyspnoea, hoarseness, and sputum can be the main complaints. Sputum is sometimes bloody.

Upper respiratory tract disorders such as sore throat or rhinorrhea occur in only about half of confirmed cases.

Gastrointestinal symptoms such as diarrhea, nausea, and abdominal pain are common early complaints in 10-50% of patients. Bloody, watery diarrhea seems to be more common with bird flu than with human seasonal flu.

Encephalitis may occur. Only two people have presented encephalitis so far.

The incidence of asymptomatic or mild cases has not been established.

The general appearance varies among patients with influenza. Some appear acutely ill, with weakness and respiratory findings, while others appear only mildly ill. On examination, patients may have some of the following findings:

High fever (over 38 degrees Celsius), tachypnea, and hypoxia can be reported with bird flu. Crepitations can sometimes be heard early and occasionally whistling. Patients typically have a productive cough, occasionally permeated with blood. Diarrhea is relatively common. Abdominal pain and vomiting are relatively rare. Signs of upper respiratory tract infection, including cholera (rhinitis), conjunctivitis, and pharyngitis, may not be noted, but these findings are not necessarily present.

Risks for viral pneumonia include several complex host immune system responses and viral virulence. Women in the third trimester of pregnancy have a higher risk. Other complications of influenza A and B. Older individuals, especially patients in nursing homes and those with cardiovascular disease, usually represent the most at-risk groups; however, certain influenza strains may target younger individuals. For example, in the 1918-1919 pandemic. Many young adults died of pneumonia, which some experts believe was caused directly by the virus.

Methicillin-susceptible S.aureus (MSSA) and methicillin-resistant S.aureus (MRSA) as causes of pneumonia after influenza pneumonia have also been reported. MRSA pneumonia can be severe and difficult to treat, and deaths occurred within 24 hours of presenting pneumonia symptoms.

S.pneumoniae or H.influenzae pneumonia, if it occurs as a complication, usually develops 2-3 weeks after the onset of the initial symptoms of influenza and can be treated as community-acquired pneumonia (see guidelines).

Myositis is a rare complication. This group of patients may develop true rhabdomyolysis, with elevated creatine kinase levels and myoglobinuria. Myocarditis and pericarditis have been associated with influenza infection.

A meta-analysis of bird flu cases in four countries found that the clinical course of progression in ARDS and respiratory failure in 70-100% of cases. The median time for ARDS development was 6 days. Lymphopenia at presentation is a significant predictive factor in ARDS progression and death.

The standard for diagnosing influenza A and B is viral culture nasopharyngeal specimens and pharyngeal specimens. Rapid diagnostic tests are also available, but most physicians diagnose influenza only based on clinical criteria because of their cost, availability, and susceptibility issues.

Complete blood counts and electrolyte levels are nonspecific but aid in diagnosis. Leukopenia and relative lymphopenia are typical influenza findings. Thrombocytopenia may be present.

In patients without the comorbid disease, who acquire seasonal flu, the prognosis is excellent. However, some patients have an extended recovery time and remain weak and tired for weeks.

The prognosis in patients with avian influenza is related to hypoxia’s degree and duration. To date, cases have shown a mortality rate of 60%. The risk of mortality depends on the degree of respiratory disease more than bacterial complications (pneumonia). Little evidence is available regarding the long-term effects of the disease on survivors. The mortality rate for those cared for in most developed countries is significantly lower.

The U.S. CDC estimates that seasonal flu is responsible for an average of more than 20,000 deaths a year. Mortality rates are highest in newborns and the elderly. 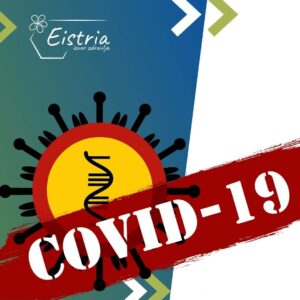 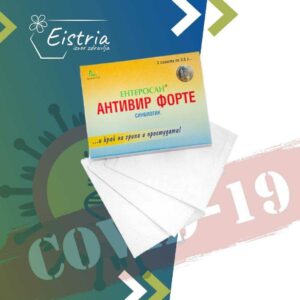 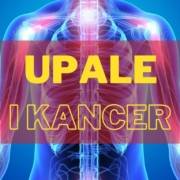 Cancer caused by inflammation of the body 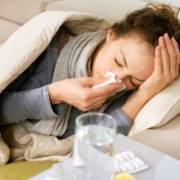 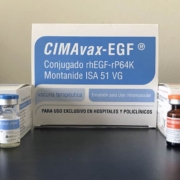 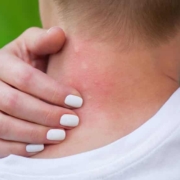 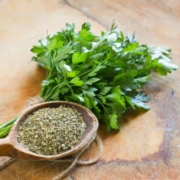 Can you treat a kidney infection at home? 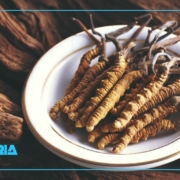 Cordyceps sinesis is a fungus for the immune system
0 replies

Breast cancer: what every woman needs to know