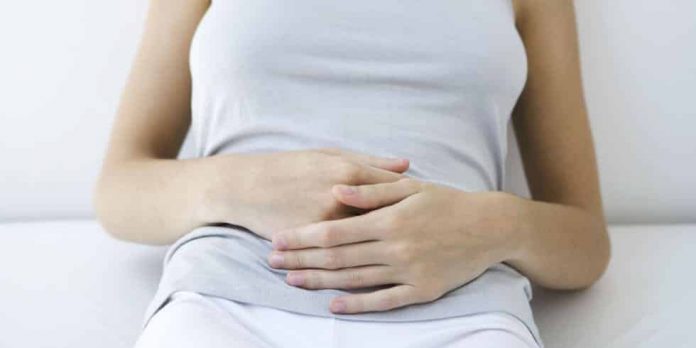 We talked about functional digestive disorders such as the syndrome irritable bowel syndrome , bloating, bloating as, mostly a consequence of lifestyle and stress. In contrast to these functional disorders, we will now discuss chronic inflammatory bowel disease (IBD) in the next 2 articles, which includes Crohn’s disease and ulcerative colitis.

The UK affects only the colon and rectum and, unlike Crohn’s disease, only affects the mucous membrane of the colon.

It is an inflammatory bowel disease that causes chronic inflammation of the intestinal mucosa, abdominal cramps / pain and diarrhea. Like Crohn’s disease, it is a chronic condition and can, in some cases, lead to life-threatening complications.

UK is a CHRONIC disease of unknown cause and has a major impact on the quality of life of sufferers.

Approximately 10-12 cases per 100,000 people are diagnosed.
It occurs less frequently in South America, Asia, and Africa and is more common in Jews, whites, and women.
It can occur at any age, but the frequency is higher in people between 15. and 25. and between 55. and 65. years of age.

Bleeding from the colon, with or without mucus

Fatigue, exhaustion, especially if the inflammation affects the entire intestine, fever and tachycardia may occur

As it usually happens, the cause is unknown: the autoimmune component is postulated, most patients with UK have positive p-ANCA (antineutrophil cytoplasmic antibodies) in the blood, genetic predisposition as well as various negative environmental factors, diet may play a role (milk can worsen symptoms UK) and smoking.

Some experts believe that the “trigger” is a virus or bacteria that causes inflammation and thus triggers an avalanche inflammatory reactions causing colitis.

Other diseases that can be similarly presented: malignant diseases of the gastrointestinal tract
Collagen or lymphocytic colitis
Infectious colitis: caused by bacteria, virus, parasite
Radiation colitis
Ischemic colitis in the elderly population

Irigography can be done in mild cases, in severe cases it can precipitate intestinal perforation

Examination of stool for bacteria, parasites and leukocytes

Computed tomography of the abdomen: in case of elevated liver tests or if any of the complications of UK are suspected

The gold standard is COLONOSCOPY: a gastroenterologist examines the colon completely using a thin, flexible tube that visualizes the intestinal mucosa and takes a biopsy for pathohistological analysis (this is crucial)

Sulfasalazine: reduces UK symptoms but unfortunately has a number of side effects: nausea, vomiting, reflux, headache. It should not be taken by people allergic to sulfa preparations
Mesalamine, balsalazide, olsalazine: this group of drugs is used in oral form or as suppositories and a combination may be prescribed. In people with a mild form of UK mesalamine is effective in more than 90 percent of cases.

Corticosteroids: dramatically reduce the signs of inflammation but have a number of negative side effects: weight gain, high blood pressure and sugar, osteoporosis, decreased immunity and more frequent infections. They are also used in combination with immune system suppressants (cyclosporine, azathioprine, infliximab)
Azathioprine, mercaptopurine: sometimes 3 months are needed to notice the effect of the therapy, they are used in combination with steroids or as monotherapy.

Cyclosporine: this is a very potent drug and is reserved for those patients who have not responded to the second therapy already mentioned and for candidates for surgery. The effects of treatment are seen after 7-14 days. It has a number of side effects including severe kidney damage. Be sure to tell your doctor if you have had any malignant disease.

Infliximab: is a newer drug belonging to a group of medicines called necrosis factor inhibitors.

Infliximab binds to necrosis factor in the blood and removes it before it reaches the intestines where it causes inflammation. Side effects are: allergic reactions, reactivation of tuberculosis and viral hepatitis.

Nicotine patches: no known mode of action but reduce UK symptoms: do not start smoking for this reason!

DIET ; ALTERNATIVE and others ..