You are here: Home1 / Blog2 / Diseases3 / Child4 / Haste in children and how to recognize it 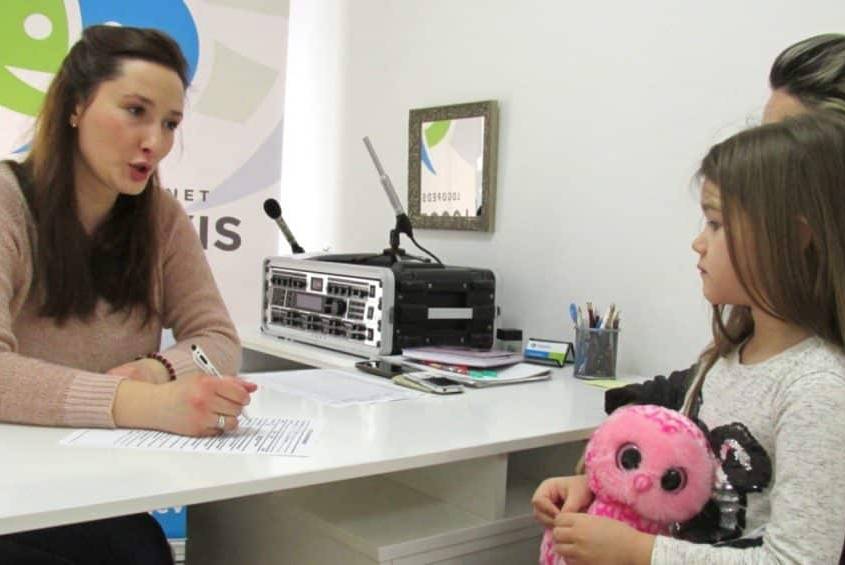 We all know that haste and stuttering are closely related, and there is often confusion. Like stuttering, haste is a disorder of fluency (speech fluency), but they still differ in many ways.

Haste involves occasional “blockages” in speech, which can actually result from disorganized speech. This can mean that one speaks very quickly or that the person is actually insecure about what he or she wants to say.

Unlike stuttering, where a person actually knows what he wants to say but cannot utter it. It is known that stuttering often goes with haste and vice versa.

Suppose we have a person who is being told something and thinks of something else. In that case, the person will not understand it, and this is a situation that happens to most of us. Still, if we also lack attention, there is a disturbance in understanding, which is regularly reflected in speech.

How to recognize haste?

-very often, it is confusing and disorganized speech
-the awareness of one’s speech is limited
-occasionally “better speech” (fluent speech), when a person is warned to slow down a bit in speech or to pay more attention to speech (to control)
-so-called. “shortening” of words, especially those longer with consonant groups (e.g. “parking” shortened to “packing” …)
-Very incomprehensible speech
-family history-someone in the family or family or stutters or is hasty
-learning difficulties that are not the result of reduced intelligence or diagnosed dyslexia or dysgraphia
-often and untidy handwriting
-reduced attention, concentration, and very often hyperactivity
-difficulties with auditory perception (difficulty with capturing voices)

So, the basis of speech is disturbed, that is. Everything that represents larger wholes, organization: breathing, intonation, voice, rhythmicity and even accents, grammar. A hasty person often has an impoverished vocabulary regardless of the years he spent in school, does not understand, and does not use less frequent and more chosen words, especially those usually learned by reading.
He can have problems with the phonetically more complicated and rarer ones because he doesn’t remember your exact voice and syllabic structure. He invents new words, gives old ones a wrong or altered meaning. .It is also used with a lot of jokes and shouts.

At the time of starting school, parents and teachers usually begin to notice the speech defects of a child with haste and the consequent lag in mastering the technique of reading and writing. They begin to complain and punish the child. As one of the most noticeable symptoms of haste in speech is stuttering, repetition, and tripping, the little haste has often declared a stutterer.

If we are talking about the haste in childhood, it is usually a messy and restless but sympathetic, cheerful, and open child. Very difficult or not at all to accept the norms of the environment. He behaves naturally, disregarding essentially coercive rules. He eats when he is hungry, sleeps when he is sleepy, forgets to wash, puts on the usual clothing pieces. He finds it very difficult to fit in with children because he gets bored with every game to behave antisocially.

Usually, his speech is unacceptable, and he becomes the object of ridicule. He eats erratically, gets up from the table, does not listen to what is being said to him. At school, these are children who chatter, get up from the bench, walk around the classroom, causing general laughter, but they don’t do it because they are naughty or rude, but forget where they are and how they should behave. They forget homework, books and even a bag, not to mention all the possibilities provided by clothes and shoes. One shoe is brown, and the other is black, with socks on one foot and no on the other, instead of a school bag, my mother’s bag …

The environment and parents, in particular, find it easier to notice behavioral deviations in communication skills that come later. Objections and punishments begin. Parents and later teachers try to equate this so different individual with her peers. And a child can learn to sit, hold a fork and knife, be careful not to leave the house without pants. But these are all external things. You cannot control thoughts. Attention still wanders. One can sit, not listen so that the consequences are expressed precisely in speech and related activities and learning.

Haste is best recognized when a person reads, i.e., depending on other speech errors, the beginning of reading the text can be relatively good-the person initially concentrates on the text, but however the longer the reading lasts, the errors become more numerous because attention is shorter, and thinks something else. Then the person starts and then reads something well again, but all these moments are shorter, and when they come in the middle of reading the sentence, they still do not help him understand the text.
If these are more severe forms of haste, then he does not recognize all the letters even when we single them out, and when we give him the text to read guesses them, but not always. It often happens that he “reads by heart,” which means he guesses words, but not always. He may even happen to read approximately a good word — a well-read 2-3 syllables in a word, he further assumes.

People do not understand what they are reading.

It is basic for all hasty people not to understand what they have read, i.e., they cannot learn by reading. This is also the case with writing, i.e., a hasty person will show his chaos when writing and speech. you can best see this in writing a free composition because it will not have a logical sequence, i.e., “head and tail.” Sentences are short, and that otherwise, it looks like this- “I have a sister.
Today I’m going to the sea with my dad and everyone, but I won’t take the book. Marko took my car, he’s not my friend ….. “, and in fact, he started writing about his family. Spelling is not a strong side of hasty people either, i.e., they often write that they speak, and it doesn’t matter to them exactly how the words are grammatically spelled.

The handwriting is messy, disorganized, does not follow the lines on the paper, and sometimes if it is blank paper, they cannot orient themselves to the writing plane. Often their words move downwards, from small to larger letters, and difficult to understand.

It is difficult to distinguish graphically similar letters: ao, bdgp, mn, RV, Sz, ou … Then it often happens that teachers often confuse haste syndrome with dyslexia and dysgraphia, or even sometimes the child is characterized as lazy and uninterested, and then it is good to seek the help of a speech therapist to prevent such confusion.

What does “mess in the mind” mean?

It is certain chaos, a rapid transition from one thought to another, insufficient restriction of the basic idea, the impossibility of elaborating the basic thought, strange associations that are equal in importance to the basic idea, the inability to concentrate essential, all transmitted orally.

What’s happening to the hawker?

He doesn’t seem to know what to say in advance. Breathing is not correct, so in a longer and more complicated sentence, there can be a so-called “respiratory” crisis (“wrong breathing”). However, this is not so common because, in hasty sentences, the sentences are mostly short. The structures are elementary. Within these short sentences, the melody is usually either monotonous or inadequate. It is effortless to feel that something does not “fit” in the speech in fast-paced people because the utterance sentence may sound questionable or even remain hanging intonation as if it is not completed.

In longer sentences, grammatical errors can occur because one has the impression that a person has forgotten something that was talked about, only then “chaos” comes to his head, and he looks for words or his words accumulate, or he tries to say two words at the same time. Leading to straightening, tripping, stuttering.

In the case of haste syndrome, we can often encounter difficulties in pronunciation (dyslalia), because in fact, the haste listens superficially, and his attention is fluctuating (scattered). Only superficial listening refers to listening to others, listening to oneself, and controlling the speech itself. This is especially important for the age of speech learning when auditory self-control is the primary control of speech. These are most often lexical dyslalia, astigmatism, and rotacism, but articulation can also be generally damaged due to superficiality. The excuse is such that the voices are barely recognizable, and it seems as if they are simply “sliding” over some.

If we connect this articulation with inadequate speech breathing, rhythm and tempo disorder, poor use of grammar, poor vocabulary, monotony, or wrong intonation. In the end, there is a stutter; we get a real picture of a quick-witted person. Most interesting in all this is that I can’t tell a real quick-witted person that he is very cheerful, he likes to speak, and there are no complexes because he is not aware of his speech.

A brief look at haste syndrome

In speech pathology, speaking that would correspond to the disorder of thought is called haste, and we also use English. Called “cluttering” or the old name “baptism” after the name of the legendary Libyan king Batharos whose way of speaking, according to the description, corresponded to haste.

The disorder’s basis is a short-range of attention, which is reflected in all activities. After concise attention to one activity, the hasty one begins to be interested in other things, forgets about the past activity, where he is, with whom, in what situation, he does not understand, that is, he does not notice that something is being said to him, that something is happening. He begins to act or speak, or both, but at odds with the situation.

Hastiness syndrome contains various forms of verbal and nonverbal behavior. It can manifest in speech in various ways, so the disorder has long been treated as a random sum of speech disorders in the same person, and as one of the most common symptoms is stuck in speech, it has often been considered stuttering.

-the child should be constantly warned to first think of what to say, to say the sentence to himself, and only then aloud
you should change-the child’s activity more often, and you should give new, acceptable tasks to him
-since their ability to remember is poorer, they should practice telling and retelling a story in which they should include as many details as possible.
-large breaks should be made between sentences so that the child has enough time to formulate a new thought
-singing as well as reciting contribute to slowing down speech and building the rhythm and melody that such a child lacks
-should focus on self-awareness because many hackers are unaware of their fast speech
-it is not enough to say “slow down,” but you should try to slow them down by tapping on syllables 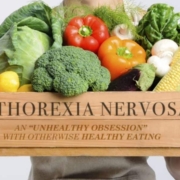 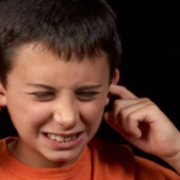 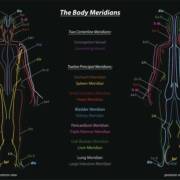 The meridians – the transmission system of our energy 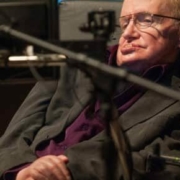 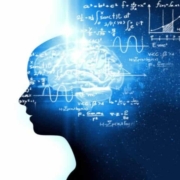 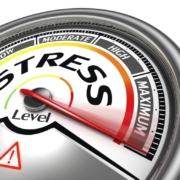