Blog
You are here: Home1 / Blog2 / Chronic diseases3 / Diabetes – Causes Symptoms and How to Regulate Sugar

Diabetes, i.e., diabetes, occurs due to insufficient secretion or insulin action, which is responsible for carbohydrate metabolism, i.e., sugar. We call this chronic disease a condition when the amount of sugar in the blood is higher than 7.0 mmol. It most often occurs in old age due to general degenerative and sclerotic changes in the body. In younger people, it occurs due to genetic disorders or damage to the pancreas.

A defect in the immune system characterizes type 1 diabetes. It attacks and destroys the cells that produce insulin, which is necessary to transfer sugar from the blood to the cells.

Type 2 diabetes occurs in 90% of cases. The cause of this type is an insufficient amount of insulin produced by the pancreas.

In both cases, the blood glucose level remains elevated.

Diabetes is a chronic disease in which the glucose level (sugar) in the blood is too high. The hormone insulin produced by the pancreas regulates blood glucose levels. In diabetes, the pancreas does not produce enough insulin, or there is a problem with how the cells respond to it.

How is glucose utilized in the body?

Glucose is the main source of energy in the body. Glucose comes from foods rich in carbohydrates, such as potatoes, bread, pasta, rice, milk, and fruit. Glucose is released into the bloodstream after the digestive process.
Glucose from the bloodstream enters the cells that use it for energy. Excess glucose is stored in the liver or converted to fat and stored in other tissues.

The pancreas produces insulin, a hormone that opens doors (channels) that allow glucose to enter cells. It also allows glucose to be stored in the liver and other tissues. This is part of a process known as glucose metabolism.

When insulin does not do its job properly, glucose accumulates in the blood instead of being converted into the cells’ energy. High blood glucose levels can cause the health problems we associate with diabetes.

The main symptoms are increased excreted urine, frequent urination, fatigue, weakness, weight loss, severe thirst, blurred vision. Some people have an increased desire for sweets and some complaint of itching on the genitals and ulcers on the skin. In some cases, the symptoms are not pronounced, so the disease is discovered accidentally during an examination. A medical examination is performed by analysis of blood and urine.

When part or all of the glucose is retained in the blood and is not used as a fuel to produce energy, the symptoms of diabetes appear. The body tries to lower the glucose level by expelling excess glucose from the body in the urine.

Some types of diabetes can have very few symptoms and are difficult to diagnose. Common symptoms are as follows:

Symptoms of type 1 diabetes are obvious and develop rapidly in just a few weeks. The symptoms pass quickly when treatment is started.
In type 2 diabetes, the symptoms are not so obvious.

The disease develops slowly over several years and can only be diagnosed by a medical examination. After treatment, there is a rapid relief of symptoms and control of this type of diabetes. Early diagnosis is beneficial.

What after symptoms appear?

If you notice any of the above symptoms, consult your GP. Early diagnosis, treatment, and control of diabetes are key to reducing the chances of developing serious complications.

What can happen if you ignore the symptoms?

Untreated type 1 diabetes can lead to serious health problems such as diabetic ketoacidosis, leading to a potentially fatal coma.

Type 2 diabetes is more difficult to diagnose, especially when it is at an earlier stage when the symptoms are not obvious. Diabetes affects most major organs such as blood vessels, nerves, heart, kidneys, and eyes.

Early diagnosis is essential for quality control of blood glucose levels and the prevention of potential complications.

Type 1 diabetes most often occurs in young people under 30. Type 1 diabetes causes the autoimmune destruction of insulin-producing cells and stops producing insulin. It is one of the most common chronic diseases in the developed world. It is sometimes referred to as juvenile diabetes or insulin-dependent diabetes mellitus, although these terms are increasingly falling out of use.

There is no cure for type 1 diabetes, but you can control it with insulin injections, diet, and exercise.

Suppose a person with type 1 diabetes skips a meal. Excessive exercise or taking too much insulin will drop their blood sugar levels. This can lead to a hypoglycaemic reaction.

Symptoms include dizziness, hunger, sweating, headache, and mood swings. This can be fixed by a quick intake of sugar (such as candies or glucose tablets) or something more important like fruit. A person with type 1 diabetes should have something sweet available at all times.

Type 2 diabetes is often described as a lifestyle disease as it is more common in people who do not have enough physical activity and are obese. It is associated with high blood pressure, elevated cholesterol levels, and an apple-shaped body in which excess weight is retained in the waist area.

Type 2 diabetes is the most common form of diabetes, affecting 85 to 90 percent of people with diabetes. It mostly affects adults (over 40 years of age), but recently, more and more young people are diagnosed with this type of diabetes. The reason for this is the increase in youth obesity. This type of diabetes was once called non-insulin diabetes.

Research has shown that type 2 diabetes can be prevented or delayed with lifestyle changes. But, unfortunately, there is no cure.

Gestational diabetes occurs during pregnancy and affects three to eight percent pregnant women. After the birth of a mother, the glucose level usually returns to normal, but women who have had gestational diabetes have a higher chance of developing type 2 diabetes.

Gestational diabetes can be controlled and treated, and with proper control, the risks are greatly reduced. A child will not be born with diabetes.

Pre-diabetes is a condition in which blood glucose levels are higher than normal but still insufficient to be classified as diabetes. There are no specific symptoms, but there are several risk factors such as obesity, smoking, heart disease, polycystic ovary syndrome, and high blood pressure. Without treatment, one-third of people with pre-diabetes develop type 2 diabetes.

Symptoms include severe thirst and large amounts of urine. It is caused by an insufficient amount of vasopressin, a hormone produced by the brain, which orders the kidneys to retain water. Without a sufficient amount of vasopressin, the body loses too much water in the urine, causing the affected person to drink large amounts of fluid in an attempt to maintain fluid levels.

In the most severe cases, a person can pass up to 30 liters of urine. Treatment is necessary because otherwise, dehydration occurs and eventually coma due to salt concentration in the blood, especially sodium.

Elevated blood sugar levels do not cause this type of diabetes. It is treated with medications, a vasopressin supplement, and a low-salt diet.

There are cases when diabetes appears suddenly. It is mostly typed 1 diabetes. This leads to ketoacidosis, a condition that requires urgent medical treatment.

Complications in case of untreated diabetes

When left untreated, diabetes can cause severe complications such as:

The most common test for determining blood glucose and is most reliable when done in the morning. Today, experts recommend regular annual blood glucose measurements for all people over 45. Younger people should be tested if their weight is 20% higher than ideal. If they have high blood pressure, close relatives suffering from this disease if it is a pregnant woman who has gestational diabetes or the mother of a newborn who weighs more than 4 kg.

There is no cure. The goal is to prevent complications by controlling blood glucose levels, blood pressure, cholesterol, and body weight.
Treatment includes:

The main goal of therapy is to eliminate the problems and prevent acute and chronic complications of diabetes. To improve patients’ quality of life, the aim is to achieve normal glycemic values. Diet and increased physical activity are generally not enough to normalize blood sugar. In many cases, the therapy must include drugs that will facilitate glucose entry into the cells, and often you must take insulin.

Coprinus Comatus is a medicinal fungus regulating blood sugar levels by about 40%. Because it belongs to medicinal mushrooms, it controls blood sugar by regulating it, raising those with low levels, and lowering blood sugar levels for those with elevated levels. Coprinus Comatus acts on sugar indirectly, not treating the symptoms but healing the islets of Langerhans on the pancreas, which are responsible for the production and regulation of insulin levels in the blood. You can use it along with other diabetes medications.

People at risk should have a laboratory glucose test to check for diabetes. It is important not to wait for the symptoms to appear, as they can only appear when the blood glucose rises significantly.

To help control your diabetes, make sure your meals are regular, low in fat, especially saturated fat. Eat high-fiber carbohydrates such as whole-grain bread and cereals, beans, lentils, vegetables, and fruits. 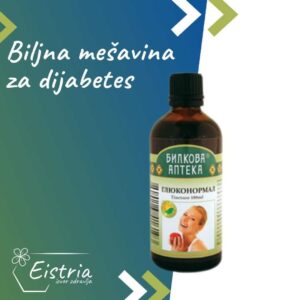 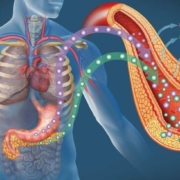 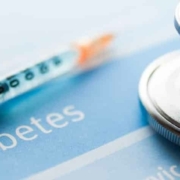 Learn all about anemia Scroll to top