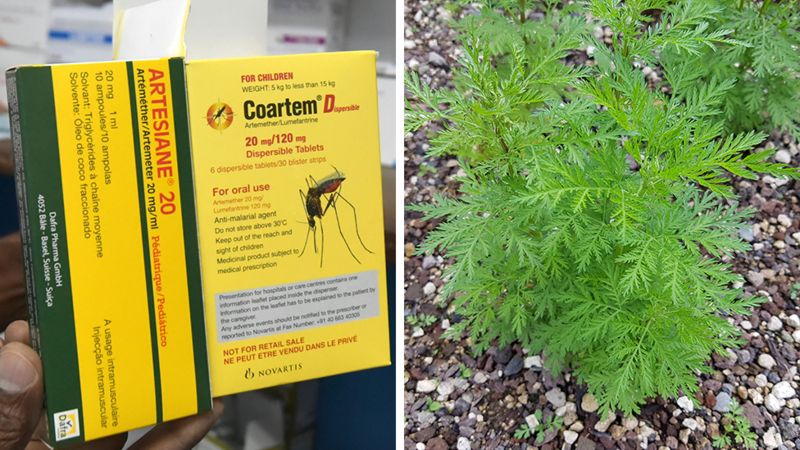 The country of Madagascar attracted a lot of attention when it was announced that one local plant has a very good effect on people suffering from the corona virus.

The drink that contains the plant artemisia annua or better known in our country as sweet wormwood was promoted by the President of this state Andry Rajoelin.

There is no evidence that this herb cures coronavirus covid 19, according to the World Health Organization, but they hope so.

In particular, people from the World Medical Organization place a lot of hope in natural medicine. A plant such as artemssia annua has great potential in treating COVID 19, the WHO claims. This plant should be tested on as many people as possible who have been infected with the corona virus.

What do we actually know about the properties of this plant?

Where does sweet wormwood come from?

Sweet wormwood originates from Asia but can also be found in many other parts of the world. This plant is known for being used in traditional Chinese medicine. It is used to treat various diseases, including malaria,

President Rajoelina of Madagascar said in April this year that trials conducted on the Covid-Organics drink – which uses artemisia – showed its effectiveness against the disease. He repeated this claim in September.

Madascar President Rajoelin said in April this year that tests performed on an organic drink containing sweet wormwood showed successful results against the virus. He repeated his statement again in September.

Unfortunately, there is no evidence for such a statement.

It should be noted that the content of this drink, apart from sweet wormwood, is not known, but the government of Madagascar claims that the drink consists of 60% of this plant.

Madagascar has also started producing capsules and a solution that can be given as an injection. Clinical research has yet to show whether the president is in charge.

German and Dutch researchers are testing an extract from sweet wormwood and in previous research in the laboratory has shown good results.

Research has shown that this extract has antiviral properties when used with pure ethanol and distilled water. These researches are at the University of Kentucky and there will be clinical trials on humans in one phase.

China has developed its own special tests, and they are based on their traditional medicine.

Scientists in South Africa are conducting research with the artemisia annua plant and another artemisia arfa and how effective they are against covid 19. There are no published results yet.

What the World Health Organization says about sweet wormwood and artemisinin

Jean-Baptiste Nikiema of the World Health Organization for the African Region says the WHO may soon join the study if they receive positive opinions related to current research.

He says medicinal plants such as sweet wormwood should be on the list of the World Health Organization as one of the potential solutions to the covid 19 virus pandemic.

Other properties of sweet wormwood

Salt wormwood or its concentrated derivative artemisinin is the only cure for malaria. Artemisinin destroys malaria by releasing two oxide atoms upon contact with the malaria worm and bombarding it with oxygen or free radicals until the disease completely disappears from the human body.

In addition, some clinical trials have shown that artemsinin destroys various forms of cancer because it is reactive in contact with iron, and it is generally known that cancer cells are rich in iron.

it remains for us to wait and for scientists to investigate this unification in order to limit and reduce the global pandemic.