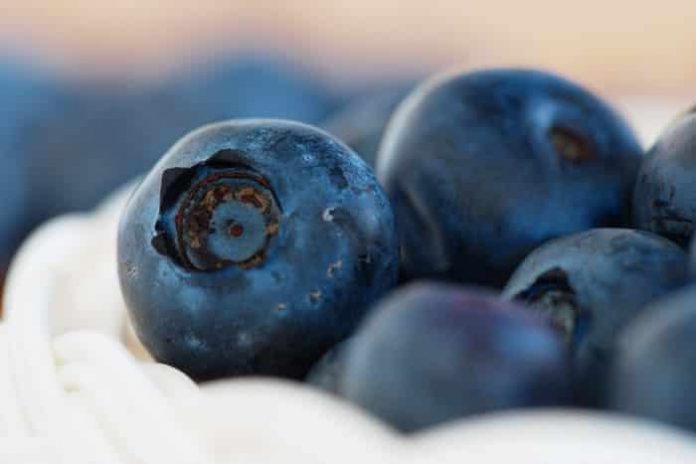 Blueberry is a sweet, very tasty berry that is very popular as a food.

It is often labeled as a super-food, low in calories because it is incredibly good to eat.

Bornovice is very tasty. For that reason, a large number of people mark them as their favorite fruit.

Blueberries have few calories but a lot of nutrients

Blueberries are directly related to long similar berries such as cranberries or dogwood.

The blueberry is small, between 5 and 16 mm in diameter and has a small crown at its end.

Blueberries are green when not ripe. Over time, that color changes to purple and blue as they mature.

The two main types are:

Blueberries are a very healthy fruit. One cup of about 148 blueberries contains the following:

They consist of 85% water and a whole cup contains a total of 85 calories with 15 grams of carbohydrates.

Blueberry is a very popular fruit. It contains very few calories but is therefore rich in vitamin C, vitamin K and manganese.

Blueberries are the king of antioxidant foods

Antioxidants protect your body from free radicals, which are unstable molecules that can damage cells in your body and accelerate aging and lead to diseases such as cancer.

Blueberries are believed to have the highest level of antioxidants compared to any other known fruit.

The main antioxidants contained in blueberries belong to the polyphenol family and are called flavonoids.

One special group of flavonoids, anthocyanins, is especially responsible for the healing properties of blueberries.

Blueberries have been proven to increase the level of antioxidants in your body.

Blueberry as an antioxidant

Blueberries have the highest antioxidant capacity compared to all known fruits. Flavonoids are antioxidants that give blueberries a very healing effect.

Blueberries reduce DNA damage. which is protection against cancer

Oxidative DNA damage is an everyday occurrence in every living being. DNA damage happens tens of thousands of times every day in our body.

These damages affect the aging of our organism. They also play a key role in the development of diseases such as cancer.

Because blueberries are rich in antioxidants, they can neutralize some free radicals that damage DNA.

In one study, 168 people drank one liter of mixed blueberry and apple juice a day. after 4 weeks, oxidative stress caused by free radicals was reduced by 20%.

These studies agree that you can use fresh or blueberry powder for this purpose.

With its antioxidant properties, this fruit protects the body from DNA damage. Reducing oxidative stress reduces the chance of getting cancer.

Blueberries protect your cholesterol from damage

Wondering how cholesterol can be damaged?

The big problem is the oxidation of the bad LDL cholesterol .

Oxidation of LDL bad cholesterol is a crucial step in the development of heart disease.

Antioxidants in blueberries are directly related to lowering levels of oxidized LDL cholesterol. This marks the blueberries as a very good fruit for your heart.

50 grams of blueberries a day reduces oxidized LDL by 27% every 8 weeks in people who take care of their diet.

Another study proved that 75 grams of this fruit reduces the oxidation of bad LDL cholesterol.

Fruit that protects LDL from oxidation

With antioxidants, this fruit protects bad LDL from oxidation. Oxidation of bad cholesterol is the first step in getting some chronic heart disease.

Blueberries have been shown to have a significant effect on people suffering from high blood pressure , which may be one of the factors in getting some of the heart disease.

In an eight-week study, people who had high blood pressure or some heart disease and disease noticed a 4-7% reduction in blood pressure after consuming 50 grams of blueberries a day.

Blueberries have a preventive effect against heart disease

By eating these berries, you can reduce blood pressure and oxidation of LDL cholesterol, it should be noted that these are risk factors and do not represent heart disease.

It would be more important to know, would you?  they act preventively on endpoints such as heart attack, which is the number one cause of death worldwide.

In a study of 93,000 patients who took high doses of anthocyanins, the main antioxidant in blueberries, the risk of having a heart attack was reduced by 23%.

Oxidative stress can accelerate the aging process of the brain and can adversely affect brain function.

According to several studies done on animals, the antioxidants in blueberries can affect the parts of your brain that are essential for your intelligence.

They have been found to affect neurons and improve signaling between them.

In one of these studies, 9 elderly people with milder mental problems consumed blueberry juice daily. After 12 weeks, they felt an improvement in several markers of their brain functions.

A six-year study of over 16,000 elderly people found that blueberries were associated with the elimination of mental aging by an average of 2.5 years.

Blueberries have low sugar levels compared to other fruits.

148 grams of this fruit contain 15 grams of sugar, which is equal to a smaller apple or a larger orange.

The bioactive components in blueberries outweigh any negative effects of sugar when blood sugar control is observed.

Studies suggest that anthocyanins have good effects on insulin sensitivity and glucose metabolism. These anti-diabetic effects exist in blueberry juice and its extract.

In a study of 32 people with insulin resistance, blueberry smoothies improved insulin sensitivity.

Insulin sensitivity may reduce the risk of metabolic syndrome and type 2 diabetes , which represent the 2 biggest health problems.

Since blueberries are a close relative of cranberries, they have a lot of the same ingredients as their cousin.

These substances have anti-bacterial action and can have a preventive effect E. Coli during its uncontrolled reproduction in the wall of your bladder.

Blueberry has been briefly tested as an agent that acts on urinary tract infections, but it has been proven to have similar effects as cranberry.

This is due to inflammation and oxidative stress of the muscle tissue.

Blueberries are very healthy, rich in vitamins and minerals.

It improves your heart function, brain health and has many other positive effects on your body.

Needless to say, they are delicious, beautiful to the eye that you can only wish for in your daily menu.

Cleansing the body in 10 days – The best method of cleansing