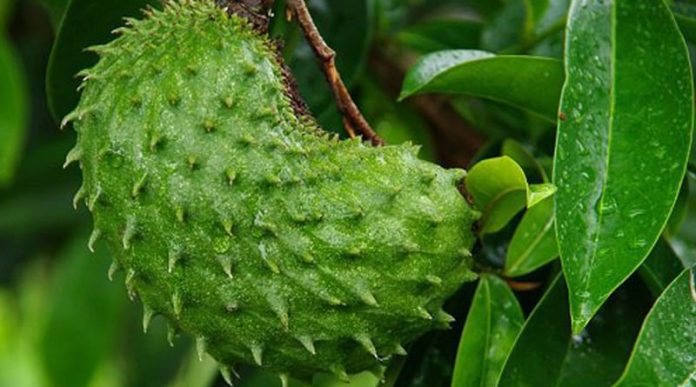 Will science reveal the secret of the GRAVIOLA plant  (Annona muricata), originally from Central and South America, which is increasingly used in alternative medicine for the treatment of some types of cancer, the professional and lay public expect an answer. According to experts, graviola selectively kills cancer cells far more effectively than some chemotherapy drugs.

According to laboratory tests of an American drug manufacturer, the extract of the plant graviola kills malignant cells of 12 types of cancer, including cancer of the colon, breast, prostate, lung and pancreas. The compounds in the composition of the graviola tree are, according to some findings, up to 10,000 times stronger than adriamycin, which is often used in chemotherapy. Unlike conventional drugs, graviola does not harm healthy cells. In the treatment of cancer, graviola works on several levels: it destroys cancer cells, while there are no harmful side effects, protects the immune system, restores vital energy…

Graviola grows in Mexico, the Caribbean, Colombia, Peru and Venezuela. It is also present in the sub-Saharan countries of Africa and Southeast Asia. It lives in areas of high humidity where winters are relatively warm, because it does not tolerate temperatures below five degrees Celsius. Graviola  it has a pleasant, sweet taste that compares to a combination of pineapple and strawberry, and due to its pasty composition it resembles coconut or banana. Graviola fruit can be eaten in its original form, but also as a juice. Graviola leaves, bark, fruit and seeds are used in the treatment.

In addition to acting on cancer, graviola has other healing effects – it kills some types of bacteria, fungi and parasites. South American Indians living in the area where graviola grows use all parts of this tree (bark, leaves, roots, seeds), among other things, to treat heart disease, asthma, arthritis and liver problems.

Hidden from the public

After discovering some of the healing properties of graviola, the pharmaceutical industry tried to grab it for itself, but faced a problem: according to the law, a natural ingredient or plant cannot be patented! Thus, the pharmaceutical industry lost the chance to make a huge profit from this natural medicine, however, it did not give up graviola – in its laboratories, it tries to synthesize the most powerful ingredient in graviola, which kills cancer cells. However, the fruit of graviola, for now, cannot be artificially propagated.

After investing millions of dollars in research, pharmacists withdrew from the project, keeping all data on the benefits of graviola secret. However, the research, although inaccessible to the public for years, was published in the Journal of Natural Products, after a study conducted in South Korea, which found that graviola selectively kills cancer cells. The only possible side effect listed graviole , which is associated with high concentrations of anonacin, has been linked to some atypical forms of Parkinson ‘s disease. The task before the researchers is to fully explore this interesting plant and, if these positive experiences are confirmed, to make this natural product – medicine, available to cancer patients.

This plant also helps patients by raising their mood and dispelling negative energy. It is very good because it restores damaged cells and increases efficiency in the cellular flow of energy. Science recommends that the extract of this medicinal plant be used preventively. After a short time, even those who are healthy feel the change, more energy, better mood and better and faster thinking. It is excellent against depression, insomnia and many other psychological disorders.

Taheebo tea in the fight against candida and inflammation